Jeffrey Wright Birthday Special: From No Time to Die to Source Code, 5 of the Actor’s Best Films According to IMDb!

With having great thrillers and action films in his filmography, Jeffrey Wright surely has enjoyed quite the amazing career. So to celebrate Jeffrey Wright’s 56th birthday, we are taking a look at five of his best films according to IMDb. 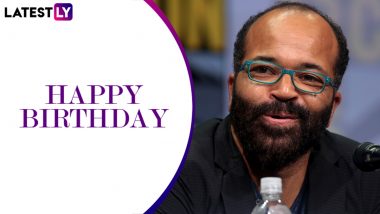 Jeffrey Wright is an actor of great talent who brings it his all to whatever he does. Mostly being regulated to a background character in the beginnings of his career, Wright has started enjoying more time in the spotlight. Perhaps one of Hollywood’s most underrated actors, Wright is great at playing characters that have a hint of mystery to them. He does it so flawlessly and is what makes watching him such a joy on screen. Bryan Cranston, Hope Davis, Jeffrey Wright, Liev Schreiber Join Wes Anderson's Next.

With having great thrillers and action films in his filmography, Jeffrey Wright surely has enjoyed quite the amazing career. So to celebrate Jeffrey Wright’s 56th birthday, we are taking a look at five of his best films according to IMDb.

No Time to Die marked the final time Daniel Craig played the role of James Bond. The film sees Bond come out of retirement to take out a new threat played by Rami Malek. While it was Craig’s final outing as Bond, it was Wright’s final portrayal of Felix Leiter as well. The film was everything and more you could expect from a Bond film and gave a great exit to these iconic characters.

The Inevitable Defeat of Mister and Pete (7.5)

A great coming-of-age story, The Inevitable Defeat of Mister and Pete tells an amazing tale of two inner city youths fending for themselves. It’s a cautionary story about how criminal justice fails someone. Wright plays the character of a homeless veteran named Henry who himself is trying to survive out on the streets.

Sci-Fi doesn’t get any better than this. Source Code follows a soldier waking up in a recreation of a terrorist attack only to find out that he has eight minutes to find the culprit. Wright plays the role of Dr Rutledge, the man who is behind source code.

In this second film based around the bestselling novel of the same name, we see Katniss Everdeen a few months later after the events of the first films and how she senses an uprising against the capitol. Wright plays the role of Beetee Latier, someone who is skilled with electronics and joins the alliance. What If? Review: Marvel’s Disney+ Animated Series Is Daring, Fun and Loaded With Surprises (LatestLY Exclusive).

Bond received the gritty reboot treatment and what came out was one of the best interpretations of the character yet. Casino Royale sees Bond play a high stakes card game against a terrorist funder as he tries to avoid him from winning a lot of money. Wright is introduced as Felix Leiter here, a CIA agent and so begins the iconic friendship of Bond and Leiter.

We can’t wait to see Wright again in the spotlight as he plays the role of James Gordon in the upcoming The Batman, a role which seems perfect for him. With this we finish off the list and wish Jeffrey Wright a very happy birthday.

(The above story first appeared on LatestLY on Dec 07, 2021 09:20 AM IST. For more news and updates on politics, world, sports, entertainment and lifestyle, log on to our website latestly.com).