John David Washington Birthday Special: From Tenet to BlacKKKlansman, 5 Best Movies of the Actor That You Shouldn’t Miss!

The most fascinating thing about John David Washington’s career is that he never goes for any safe movies. In a way, his movies always have an element to them that will make them standout from the rest of the crowd. 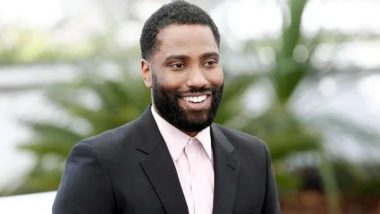 Being the child of any huge star in Hollywood, that’s definitely going to put the weight of the world on your shoulders. However, for John David Washington, that hasn’t been an issue till now. Starring in some genre bending movies that not only challenge you as a viewer, but also the themes surrounding our real-life world, Washington has come into his own. Of course, being the son of the great Denzel Washington, you would think that John would have quite the task ahead of him, but he has been doing pretty great so far. Tenet Actor John David Washington Reveals He Never Spoke About Denzel Washington Being His Father During Auditions.

The most fascinating thing about John David Washington’s career is that he never goes for any safe movies. In a way, his movies always have an element to them that will make them standout from the rest of the crowd that will be playing in the theatres or streaming at that time. So, to celebrate John David Washington’s 38th birthday, let’s take a look at five of his best films that you shouldn’t miss.

A legal drama that sees a 17-year-old get charged with murder, this is an emotionally enthralling experience that sees our lead try to prove his innocence. Washington plays the role of Richard Evans, one of the accused as well. If you’re in for a legal drama that really doesn’t sacrifice its themes for anything, then Monster is for you.

Christopher Nolan’s sci-fi epic while can get convoluted at points, still provided for a visual experience that hasn’t utilised time travel quite like this. John David Washington and Robert Pattinson prove to be a charismatic duo that really carry the movie even when the scrip leads it down.

Another legal drama that sees three intertwined stories that explore the racism of modern America, Monster and Men is a dark adventure that opens up some meaningful conversations. Playing the role of Dennis Williams, a cop, Washington does a great job at showcasing the pressures of his job and how it’s affecting him.

The Old Man and the Gun

Teaming up with the visionary storyteller David Lowery, Washington stars alongside a stacked cast as Lieutenant Kelley. Following Robert Redford as Forrest Tucker, the movie tells the real-life story of the criminal and escape artist. One of Redford’s final films, this is a crime film worth checking out.

Teaming up with Spike Lee for what’s arguably his best joint in years, BlacKKKlansman saw two police officers infiltrate the Ku Klux Klan and expose it. Having a dark layer of comedy over it, the movie has a haunting sense of bleakness to it that is wonderfully carried by Washington and Adam Driver. It also features an ending that will definitely give you the shivers. Tenet Star John David Washington to Lead Gareth Edwards Sci-Fi Film True Love.

We can’t wait to see what John David Washington does next. With this, we finish off the list and wish him a very happy birthday.

(The above story first appeared on LatestLY on Jul 28, 2022 11:23 AM IST. For more news and updates on politics, world, sports, entertainment and lifestyle, log on to our website latestly.com).