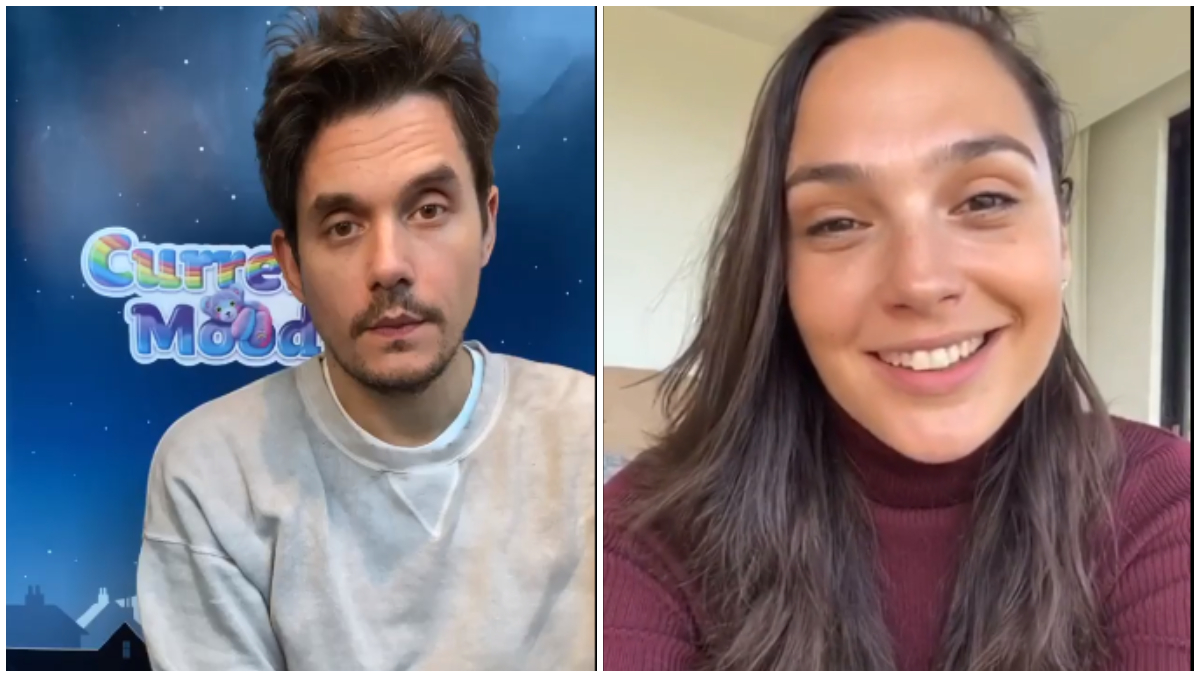 John Mayer is a weird man (to his own admission, BTW). And we absolutely love him for his weirdness, as much as we love him for his songs. The Your Body Is A Wonderland singer took to his social media page to spoof the recently-gone viral video, where a bunch of celebs covered John Lennon's Imagine. You know to keep the spirits up - theirs and fans -  during this time of social distancing amid COVID19 pandemic. Mayer joked (or did he?) that he was also invited to cover the number by Gal Gadot.

Mayer further added that he wanted to be a part of the video, but thought the other celebs wanted him to cover Ariana Grande's Imagine. So, obviously, he was removed from the celebrity supercut. But that did not stop Mayer from inserting himself into the video. He butchers celeb version of Lennon's Imagine by singing Grande's Imagine at odd places. James Blunt Jokes That He's Doing Us All a Favour by Not Holding a Mini-Concert During COVID-19 Lockdown.

Because of John, the lyrics went something like this: "Imagine there's no heaven, It's easy if you try, No hell below us... Me with no makeup, you in the bathtub, Bubbles and bubbly, ooh"

Just In Case You Wanted The Watch The Original Celebrity Supercut:

Not just Mayer, but Charli XCX and Trevor Noah have also made fun of the video. Mayer has been keeping his audience entertained through such videos. Wholesome content. Highly recommended during this COVID19 lockdown.