The actor rang in his 44th with a star-studded birthday party at the Spring Place members-only club in Beverly Hills. 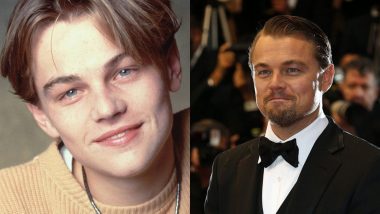 Leonardo DiCaprio has been quite the celebrity women dote and men want to be. The actor rang in his 44th with a star-studded birthday party at the Spring Place members-only club in Beverly Hills. The birthday bash had some of the biggest names in the industry including Jennifer Aniston, Tobey Maguire, Gwyneth Paltrow and new husband Brad Falchuk, Robert DeNiro, Al Pacino, Alex Rodriguez, Kate Beckinsale, Rita Ora, FKA twigs, G-Eazy and Naomi Campbell. Need we say how crazy the night was? Well, the guest-list says for itself, right?

Now you must be wondering, what kind of a genius life Leo lives. Be it dating hot supermodels or spending money on chiselled art or even throwing such star-studded parties. And while doing all this, keeping us entertained with either his movies or his memes. People have loved and cherished Leonardo DiCaprio for as long as anybody can remember. However, not many people are aware of how lavishly he spends towards philanthropy. The man, while enjoying a luxurious life, is an ardent environmentalist and charitable personality. He has often spent millions of dollars towards the benefit or Tigers, humans and marine life. Scroll away and learn more about the off-screen life of Leonardo DiCaprio!

- In 2009, Leo, along with his Titanic co-star Kate Winslet, helped fund money for the last living Titanic survivor at her nursing home so she wouldn't have to give up/sell any more of her mementoes.

- An ardent environmentalist by personal choice, Leo founded the Leonardo DiCaprio Foundation to support sustainable living and sustainability efforts. He is also the board member of the Natural Resources Defense Council and Global Green USA.

- In 2013, Leonardo funded saving tigers project in Nepal by chipping in a whopping $3 million.

- At a certain Tiger's summit in Russia, President Vladamir Putin was quoted calling Leo a real man. He said, "Here, in Russia, we call such a person a real man. If wildlife and tiger conservation is in the hands of people, with such character, we are destined to succeed."

- In 2014, the actor's foundation donated $3 million towards saving ocean wildlife.

- The actor owns an island off the coast of Belize which he has transformed into an eco-friendly resort. It is the world's first eco-restorative resort that restores the island's fished waters, coastlines and forest.

- The actor also owns his own line of Fair Trade coffee, proceeds of the business goes towards charities that support environmental related concerns. These charities are tied up with and supported by the Leonardo DiCaprio Foundation.

Thank you for being such a treasure the world doesn't deserve, Leo. And good job turning 44 (wink wink)! Send in your birthday wishes and we'll hopefully be able to let the love reach Leonardo DiCaprio. Even if we don't, at least someone will hear you out!

(The above story first appeared on LatestLY on Nov 11, 2018 01:17 PM IST. For more news and updates on politics, world, sports, entertainment and lifestyle, log on to our website latestly.com).