Black Panther, released in 2018, was one of the iconic films that starred late actor Chadwick Boseman in the titular role. The latest update is on the shooting of Marvel Studios’ Black Panther 2. 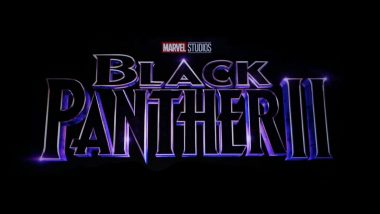 Black Panther, released in 2018, was one of the iconic films that starred late actor Chadwick Boseman in the titular role. The actor passed away in August 2020 at age 43 due to complications from colon cancer. Ever since then all have been wondering which actor would replace Boseman in the sequel. Executive producer Victoria Alonso had clarified that the team would not use a digital double for the late actor in Black Panther 2. Black Panther 2: Marvel Studios Confirms The Late Chadwick Boseman Will Not Be Recreated Digitally.

The latest update is on the shooting of Marvel Studios’ Black Panther 2. According to a report in THR’s Heat Vision blog, the makers are reportedly planning to commence the shooting of this superhero film in Atlanta, Georgia, in July 2021. However, Marvel Studios have not released any official confirmation on it yet. The report further states that the shooting of the film would last for upwards of six months.

The report also suggests that the makers have found the antagonist for Black Panther 2. It is stated that Mexican actor Tenoch Huerta would be seen as the villain in the sequel. Also it is reported that Letitia Wright’s Shuri would be seen playing a major role in this movie. There is still no clarity who would be seen essaying the character of T’Challa. Keep watching this space for further updates!

(The above story first appeared on LatestLY on Nov 21, 2020 10:45 AM IST. For more news and updates on politics, world, sports, entertainment and lifestyle, log on to our website latestly.com).