If you weren't too happy about the news of Chadwick Boseman being digitally recreated for Black Panther 2, don't worry. Marvel confirms that won't happen as there can be just one Boseman. 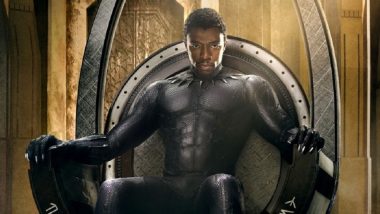 Chadwick Boseman, our very own Black Panther, breathed his last on August 29 this year and left every fan of MCU devastated. Here we were eagerly waiting for Black Panther 2 and then we got the news that he is no more. His deteriorating health was not something Boseman loved to talk about and so, not many were aware that he was really sick. He lost the battle of life and drowned us in sorrow. It also made many wondered what would become of the sequel to one of the highest-grossing movies of Marvel Studios, Black Panther. There were talks of recreating Boseman digitally in the sequel but now Marvel EVP has confirmed that nothing of the sort is being made. Chris Evans' 'Vote On Nov 3rd' Post Becomes The Most Liked Tweet Of The Actor After His Eulogy For Chadwick Boseman

Deadline reported that Executive Vice President Victoria Alonso has dismissed the speculations about digitally recreating Boseman for the sequel. She told Argentinian, "There’s only one Chadwick, and he’s no longer with us. Sadly, our king has died in real life, not only in fiction, and we’re taking a little time to see how we continue the story and how to honor this chapter of what has unexpectedly happened to us, so painful and terrible to be honest. Chadwick wasn’t only a wonderful human being, every day of the five years we spent together, but also, I believe, that what he did as a character elevated us as a company, and has left his moment on history. "

Black Panther and MCU fans are still mourning the loss and were in dread apparently to know that Boseman could have a digital double. Now, they can heave a sigh of relief.

(The above story first appeared on LatestLY on Nov 16, 2020 03:00 PM IST. For more news and updates on politics, world, sports, entertainment and lifestyle, log on to our website latestly.com).