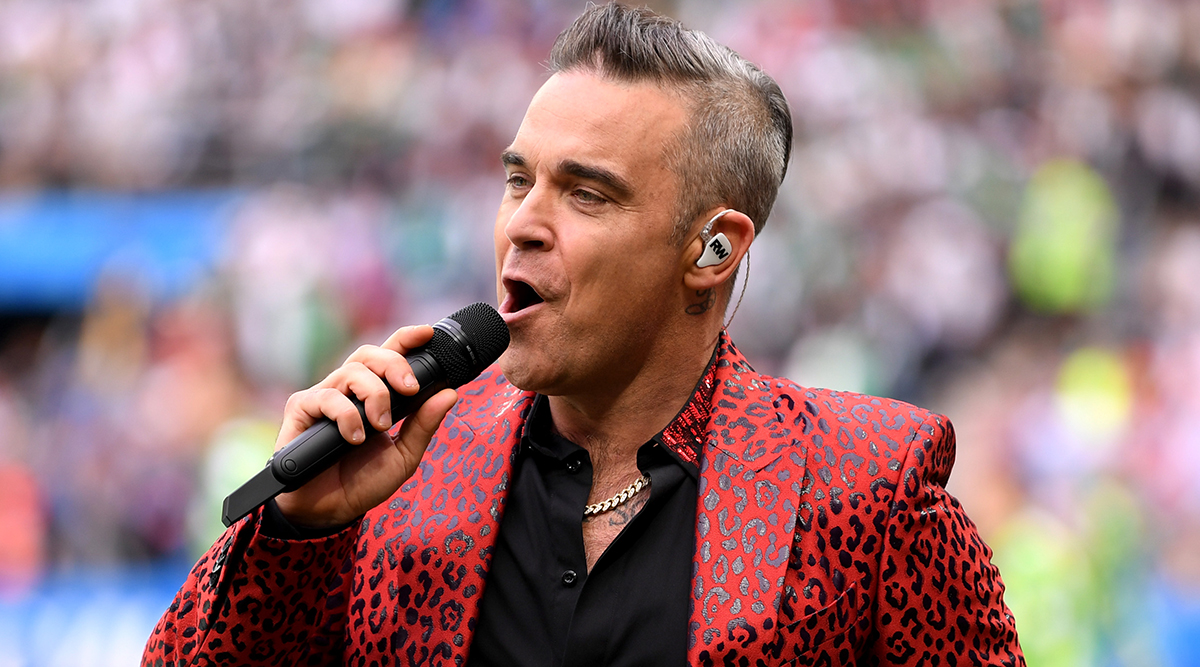 Rock star Robbie Williams says his seven-year-old daughter is a better singer than him. "I'm not the most talented singer in my family. My daughter is more talented than me. Teddy is a fantastic singer," said Robbie, in an interview with Daily Star newspaper's Wired column. The English singer-songwriter has three children with wife Ayda Field -- Theodora, known as Teddy, and Charlton, who are both aged five, and Colette, one, opened up about the musical talent of his children in an interview with Daily Star newspaper's Wired column. Robbie Williams Decides to Stay Away from Social Media After a 48-Hour Tweeting Spree (Read Deets)

Incidentally, Robbie reveals that he is already grooming Teddy for a pop music career. "She's got a musical ear and it's incredible", he said. The "Love my life" hitmaker joked that his wife Ayda, however, can't hit the right note at all. Robbie Williams Wants His Feud with Liam Gallagher to Be Resolved with a Charity Boxing Match, Says ‘I’d Be More than Happy to Get in the Ring with Him’.

"I am a better singer than Ayda," declared Robbie. He added that this was the reason that, when she wanted to guest star on an album of his, he had turned down the idea. "Yeah she wanted to be on it but she didn't quite make it, next time," said the singer, according to a report in mirror.co.uk.