Black Widow is not just the most experienced Avenger in the Marvel series but also quite loaded in bank balance! 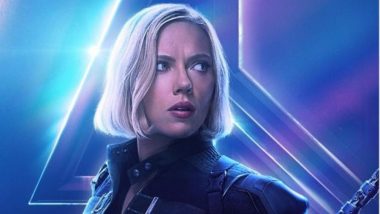 Black Widow is not just the most experienced Avenger in the Marvel series but also quite loaded in bank balance! As per the latest Forbes report, actress Scarlett Johansson has quadrupled her 2017 earnings to become 2018's highest-paid actress in the world! She has minted a staggering $40.5 million between June 1, 201,7 and June 1, 2018. Playing the famous Russian spy/Avenger Black Widow seems to have done very well for her bank balance.

Considering how killing off Black Widow hasn't been on any of the Marvel films' scripts, the senior actress will continue to rake in good money for as long as the Avengers series exist. "The per cent of budget cost has certainly skewed heavy, particularly on the Avengers movies, to cast now, whereas maybe in the early ones it was more visual effects or below the line," said Kevin Feige, Marvel Studios President and producer last year. "But that's okay because [the actors] are the best effects."

With a whopping $40.5 million in her kitty, the actress has vanquished any chances of Angeline Jolie ($28 million) who came in second and Jennifer Aniston ($19.5 million) who came in third. While Jolie's earnings come majorly from her upfront pay for Maleficent 2, Aniston has been making big bucks thanks to endorsing lucrative brands like Emirates airlines, Smartwater and Aveeno. Her paycheck is likely to increase next year as the production on her forthcoming Apple series with Reese Witherspoon will kickstart.

Here's the complete list of ladies who are in the top 10.

Congratulations to all the ladies who have managed to ace the business with their acting prowess and smart business moves. We wonder when Forbes will release the Bollywood celebrities' list that they usually do. We'd love to know who aced the game here in tinsel town.

(The above story first appeared on LatestLY on Aug 17, 2018 10:59 AM IST. For more news and updates on politics, world, sports, entertainment and lifestyle, log on to our website latestly.com).