Spider-Man: No Way Home is still way away from its worldwide release but fanfare for the web head’s new movie release has taken the internet by a storm. The movie’s plot has been kept tightly sealed and aside from a few casting announcements we don’t know what the movie is going to be about. 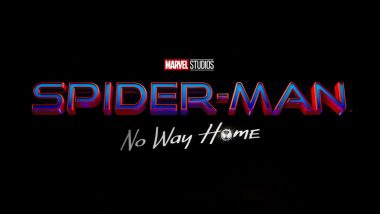 Spider-Man: No Way Home is still way away from its worldwide release but fanfare for the web head’s new movie release has taken the internet by a storm. The movie’s plot has been kept tightly sealed and aside from a few casting announcements we don’t know what the movie is going to be about. The casting and some of the set photos though have created a lot of leaks and rumours that might be hinting to the events that might take place in the film. Spider-Man: No Way Home! Emma Stone Shuts Down Rumours About Starring in Tom Holland’s Film.

Fans have been clamoring for a trailer for a long while now and with the international Sony accounts tweeting out the title card for the film with a weird glitch at the end of it and then deleting it might lean towards the fact that the marketing for Spider-Man: No Way Home might start soon. So in the anticipation of the trailer’s release we are taking a look at five of its most popular fan theories. Spider-Man: No Way Home – Andrew Garfield Puts Cameo Rumors in Tom Holland’s Marvel Movie to an End.

Multiverse playing a role in it

With the Marvel Cinematic Universe delving more into its multiverse aspects and with Doctor Strange supposedly appearing in the film, many fans have been speculating that the multiverse will have a huge presence in the film.

With Sony’s Spider-Man Cinematic Universe running side by side with the Marvel Cinematic Universe and the appearance of Michael Keaton’s Vulture in the trailer for Morbius, many have been speculating that Spider-Man: No Way Home can bridge both the universes together which could have the characters crossover.

The film Being Based Around the Spider-Verse

Ever since the release of Spider-Man: Into the Spider-Verse fans have been demanding a live action Spider-Verse movie to be made, and with the inclusion of the multiverse here fans just might get their wish. There have been way too many rumours surrounding that Tobey Maguire and Andrew Garfield’s iteration of Spider-Man might play a huge role in the film and with many industry insiders backing up this claim, it sure seems that might be the case.

The appearance of Sinister Six

With the casting of Jamie Foxx as Electro and Alfred Molina as Doctor Octopus being confirmed by The Hollywood Reporter, and many insiders claiming that the Sinister Six might be formed by all the previous villains making a return from different universes, this claim doesn’t seem that far off.

With Peter’s identity been revealed and him getting accused for murder, he will surely need someone to save his from this injustice, and it seems like the perfect job of Matt Murdock aka Daredevil. Insiders have been claiming for a while that Charlie Cox will be making his return as the devil of Hell’s Kitchen in Spider-Man: No Way Home.

Spider-Man: No Way Home is scheduled to release on December 17, 2021 in theatres worldwide.

(The above story first appeared on LatestLY on Jun 16, 2021 06:31 PM IST. For more news and updates on politics, world, sports, entertainment and lifestyle, log on to our website latestly.com).