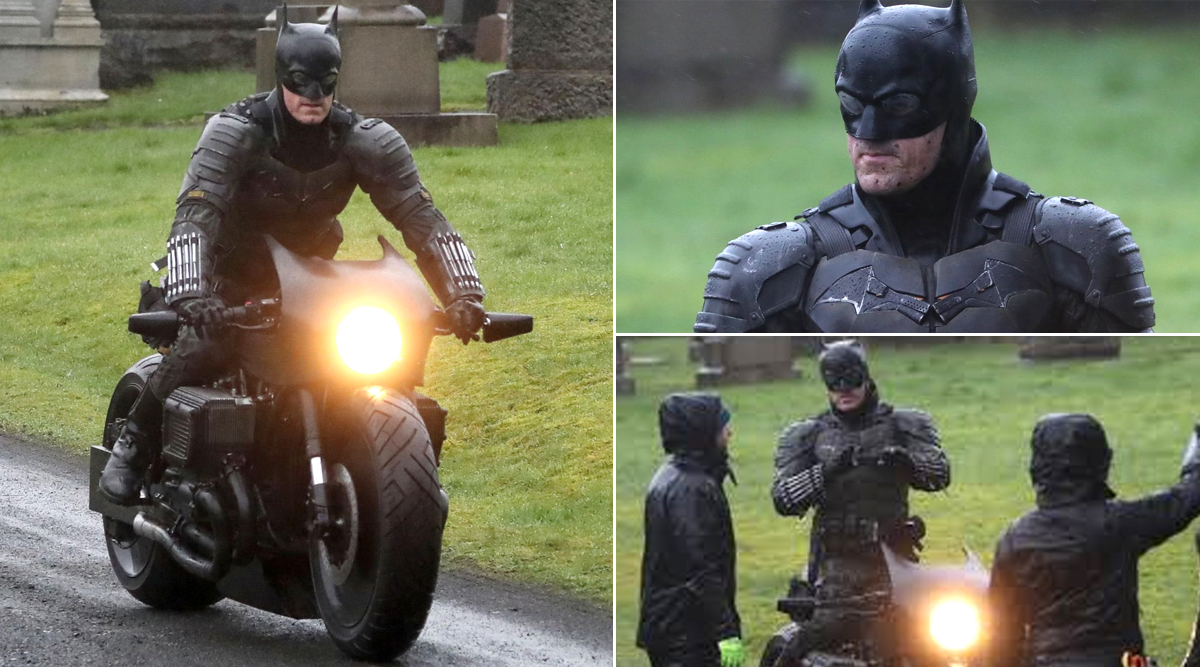 Robert Pattinson starrer The Batman is one of the most-talked-about DC projects. The Matt Reeves film will see Pattinson in the role of Batman for the first time and while fans of the superhero still remain divided over his casting, there's no doubt the project has piqued everyone's interest. Recently, the makers had released Pattinson's first camera test and the video did spark a lot of discussion over the Batman suit. Currently, the film is being shot in Glasgow and leaked pictures from the set show a clear look at the costume. The Batman: Zoe Kravitz Reveals the Reason Why She Agreed to Play Catwoman.

While it's Pattinson's stunt double who is seen wearing the Batsuit in these pictures, netizens have certainly been thrilled to finally get a good look at what Robert Pattinson's Batman will look like. The leaked pictures may be verifying the theory that Pattinson’s Bruce Wayne constructed the suit's bat symbol from the gun that was used to murder his parents. The cape is missing from costume which has certainly got everyone talking. The Batman: Robert Pattinson's Look as The Cape Crusader Is Here and This is How Fans Are Reacting To It!

Check Out Pictures from the Sets of the Film Here:

Catwoman: Can you come over?

Catwoman: I stole a diamond