Will Sarah Jessica Parker and Kim Cattrall Set Aside Their Differences and Come Together for Sex and the City Follow-up Series?

Fans, its time to rejoice because a follow-up to Sex and The City just got announced. 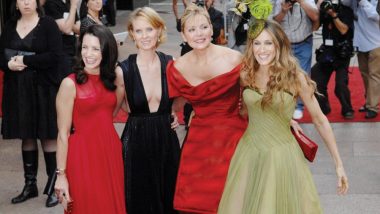 Fans, its time to rejoice because a follow-up to Sex and The City just got announced. Yep, it is now official that the Candance Bushnell is all set to bring back the classic show back and this time, its gonna be all about women in their 50s and how they look at relationships, bereavement and divorces. The series will be named, Is There Still Sex in the City?, which is the title of a book written by Bushnell. However, the final cast of the show is yet to be finalised. Given the fact that Sarah Jessica Parker and Kim Cattrall had too many differences that remain unresolved till date, the question is whether the two will leave it all aside and work together again. Sex and the City Sequel Unimaginable Without Kim: Sarah Parker.

Bushnell will write the pilot script and serve as an executive producer on the project, along with Liza Chasin from 3dot Productions and Robyn Meisinger from Anonymous Content. "It didn’t used to be this way. At one time, 50-something meant the beginning of retirement–working less, spending more time on your hobbies, with your friends, who like you were sliding into a more leisurely lifestyle. In short, retirement age folks weren’t meant to do much of anything but get older and a bit heavier," explained Candace.

"They weren’t expected to exercise, start new business ventures, move to a different state, have casual sex with strangers, and start all over again. But this is exactly what the lives of a lot of 50- and 60-something women look like today and I’m thrilled to be reflecting the rich, complexity of their reality on the page and now on the screen," she added further.

"The original ‘Sex and the City' book and series served as a ground-breaking touchstone for an entire generation of women, myself included. " said Nicole Clemens, president of Paramount TV. "We're thrilled to be able to continue that conversation from the underrepresented point of view of women in their 50s and answer the question with, 'Yes! There is more sex in the city!"

Sex and the City is about four single women in their thirties and how they look at relationships, dating and men. The show highlighted various aspects of female friendships. Apart from SJP and Kim, the series also starred Cynthia Nixon and Kristin Davis.

(The above story first appeared on LatestLY on Mar 28, 2019 04:12 PM IST. For more news and updates on politics, world, sports, entertainment and lifestyle, log on to our website latestly.com).

Comments
Tags:
Is There Still Sex in the City? Kim Cattrall Kristin Davis Sarah Jessica Parker Sex and The City ynthia Nixon
Comments
You might also like