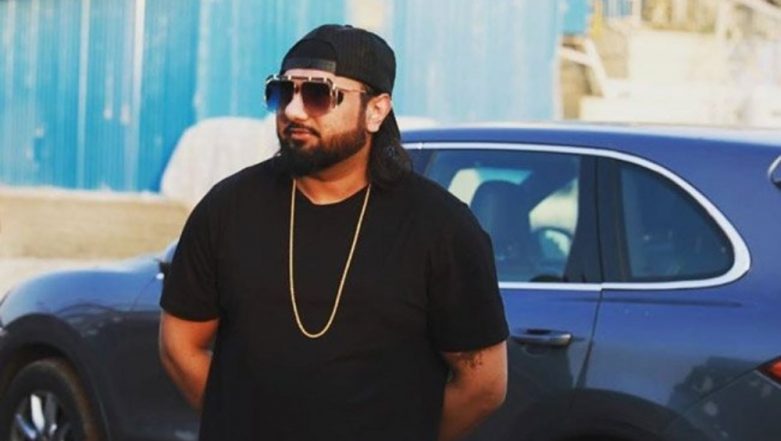 Chandigarh: Punjab Police have booked rapper Yo Yo Honey Singh and producer Bhushan Kumar over lewd lyrics in the singer's new song, "Makhna", an official said on Tuesday. The duo was booked, among others, under Sections 294 (punishment for obscene act or words in public) and 509 (words, gestures intended to insult woman) of the Indian Penal Code at a Mohali police station near here on Monday evening. Rappers Like Honey Singh Should Be Banned, Says Jasbir Jassi

Senior Superintendent of Police Harcharan Bhullar told reporters that they were booked on a letter by the Punjab State Women Commission, asking the police to look into the contents of the rap number "Makhna", which has garnered over 200 million views on YouTube since release last year. "The contents are objectionable," said Bhullar, adding they would be summoned soon. Yo Yo Honey Singh Mired In A Legal Controversy For His Vulgar And Obscene Lyrics In Makhna! Read Details

Taking a suo moto cognizance, Punjab State Women Commission Chairperson Manisha Gulati had said she had written to the Director General of Police to register a criminal case against the singer for using lyrics like "Mein hoon womaniser (I am a womaniser)". "A legal action and an inquiry is required to be initiated by the police on the matter as the song readied by T-series chairman Bhushan Kumar and singers Honey Singh and Neha Kakkar uses vulgar words against women," she had said in a communique.

Demanding a ban on the song, she said it was "indecent and have a degrading influence on society". The rapper in 2013 was involved in a controversy over the lyrics of his song "Main hoon balatkari (I am a rapist)". Even the Punjab and Haryana High Court had ordered the Punjab government to file a case against Honey Singh for singing vulgar songs. It had also said singers like Honey Singh should be boycotted, as "his songs make us hang our heads in shame".