Adivi Sesh, the popular Tollywood actor, has given the audience some power-packed performances ever since he made his acting debut. The actor has played the roles of both protagonist and antagonist in his career. 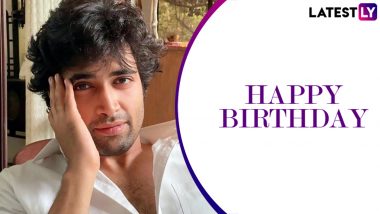 Adivi Sesh, the popular Tollywood actor, has given the audience some power-packed performances ever since he made his acting debut. The actor has played the roles of both protagonist and antagonist in his career and fans are overwhelmed with his brilliant acting skills. Be it his role in Panjaa as a hitman or in Baahubali: The Beginning as son of Bhallaladeva, Adivi has pulled off every role with sheer brilliance. Major First Look: Adivi Sesh’s Look As Major Sandeep Unnikrishnan To Be Unveiled On The Actor’s Birthday!

Today, December 17, Adivi Sesh celebrates his 35th birthday. Fans of this writer-actor-director are not only showering him with birthday wishes and praising his works, but all eyes are also on his upcoming project titled Major. The makers of this upcoming bilingual film will release the actor’s first look who would be portraying the role of Major Sandeep Unnikrishnan, an avatar in which we have never seen him before. Before that, let’s take a look at the popular roles essayed by Adivi in the past.

Karma – Adivi debuted as a director and writer with this supernatural thriller. The actor who also played the lead role in this movie was praised by critics for portraying an enigmatic character named Dev.

Panjaa – This film had marked Adivi’s debut in a negative role; he’d played the character named Munna, an NRI who is a wealthy spoiled brat

Ladies & Gentlemen – After doing a few supporting roles, this 2015 released film was another successful film in Adivi’s kitty that was written and directed by PB Manjunath.

Baahubali: The Beginning – Adivi played the character Bhadrudu, son of Bhallaladeva (portrayed by Rana Daggubati). His performance in this epic drama was widely praised.

Goodachari – This spy thriller was a superhit at the box office. Adivi’s role with clap-worthy dialogue was praised by critics and fans.

These are some of the roles portrayed by Adivi Sesh on the big screen. Here’s wishing the actor a very happy birthday and all the luck for his future endeavours.

(The above story first appeared on LatestLY on Dec 17, 2020 08:57 AM IST. For more news and updates on politics, world, sports, entertainment and lifestyle, log on to our website latestly.com).