Harish Kalyan Birthday: Did You Know This Actor Was The Second Runner-Up Of Bigg Boss Tamil Season 1? 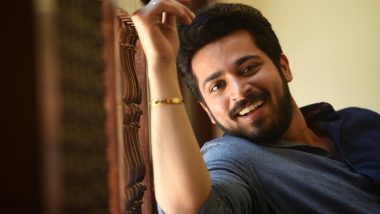 Harish Kalyan is predominantly known for his works in the Tamil film industry. The handsome hunk has turned a year older today, June 29. Besides being known for his brilliant acting skills, Harish is also a trained singer in Hindustani music, and also, he plays the keyboard. Harish, who celebrates his 30th birthday today, had made his acting debut in 2010 with the film Sindhu Samaveli. But he got his breakthrough in the industry after he participated in the controversial reality television show, Bigg Boss Tamil Season 1. And did you know, Harish was the second runner-up of the Kamal Haasan hosted show? Dharala Prabhu Movie Review: Harish Kalyan’s Film Is an Enjoyable Watch, Say Critics.

Before appearing as the contestant in Bigg Boss Tamil Season 1, Harish Kalyan had featured in numerous films. He featured in films such as Aridhu Aridhu, Kutram, Chandhamama, and many others. But he shot to fame for his role in the thriller Poriyaalan that released in 2014. Then he got amazing offers after it. But things changed for him post his participation in the first season of Bigg Boss Tamil. He had entered the show on the 53rd day, as a wildcard entrant. He emerged as the second runner-up of the first season of the popular controversial reality show.

On the work front, Harish Kalyan was last seen in the film Dharala Prabhu, a remake of the Hindi film Vicky Donor. This Tamil movie marked the directorial debut of Krishna Marimuthu and the film opened to positive reviews from fans and critics. Here’s wishing Harish a very happy birthday and a great year ahead!

(The above story first appeared on LatestLY on Jun 29, 2020 09:10 AM IST. For more news and updates on politics, world, sports, entertainment and lifestyle, log on to our website latestly.com).