Jr NTR Birthday Special: Dance Numbers of The South Super Star That Will Make You Want To Put On Your Dancing Shoes ASAP (Watch Videos) 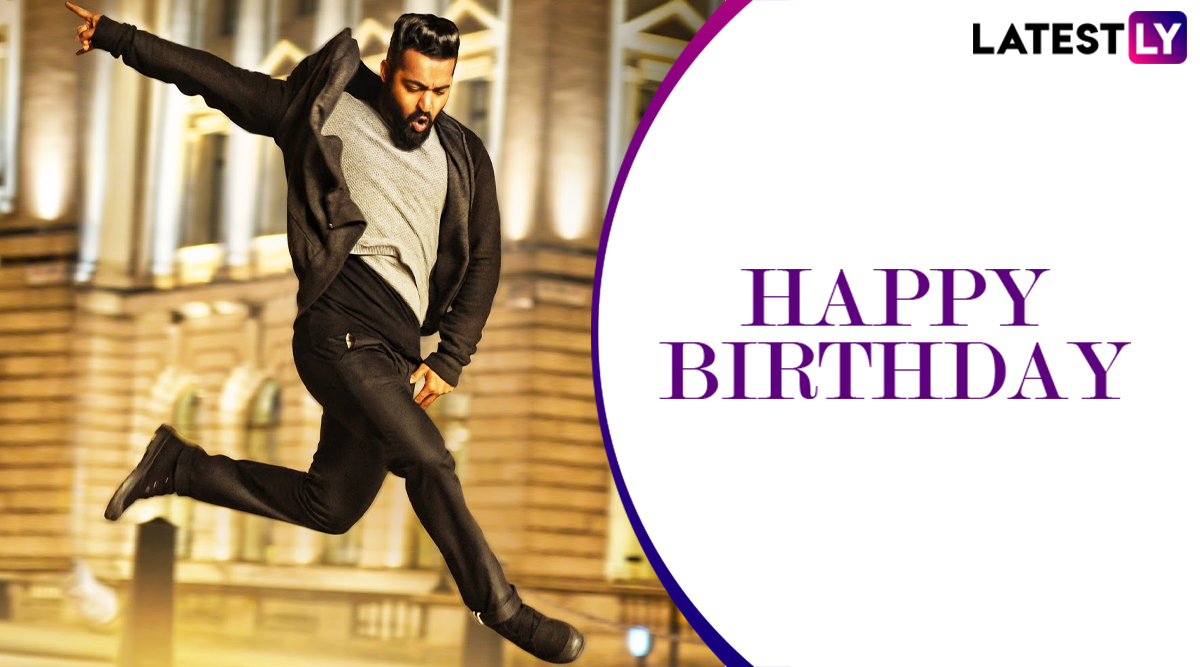 South sensation Nandamuri Taraka Rama Rao also known as Jr NTR by everyone, turns a year older today on May 20, 2020. The grandson of legendary Telugu actor N.T. Rama Rao (he was called as NTR) had a lot of expectations riding on him, given his filmy legacy and he did not disappoint. After making his debut in Student No.1, which is considered his breakthrough, Jr NTR broke records when his second movie achieved the status of highest-grossing Telugu film back in 2002 when it released. NTR 30 Confirmed! Trivikram Srinivas and Jr NTR Are Coming Together for Their Second Movie (View Pic).

Not only has he been a part of some highest-grossing Telugu films like Temper (2015), Nannaku Prematho (2016), Janatha Garage (2016), Jai Lava Kusa (2017) and Aravinda Sametha Veera Raghava (2018) among others in his 20 years career, but Jr NTR is also known to be quite the dancer, a prowess that he has shown in almost of his movie songs. SS Rajamouli Challenges Jr NTR and Ram Charan for #BeTheRealMan Task and the Results Are Awesome (Watch Videos).

Jr NTR is not only trained in Kuchipudi but is also well versed with modern hip hop. In fact, he has performed Kuchipudi in several shows all across India and abroad. And on the eve of celebrating Jr NTR's 37th birthday, here are some of his dance numbers that you could put on and dance like no one's watching. RRR: Ajay Devgn Poses With Ram Charan, Jr NTR and Director SS Rajamouli On the Sets of the Period Drama (See Pic).

Temper's title track is full of some major 'Dance Temper' with Kajal Agarwal and Jr NTR pulling off some uber-cool moves together on some catchy Hindi lyrics. But worry not you Jr NTR fans, for your dance God gets a major dance chunk to trippy lights and he does not fail to impress.

"Tring Tring" sees Jr NTR dance his heart out with Raashi Khanna to some cheeky light-hearted lyrics. An eclectic mix of easy to do dance steps and some sool hip hop moves is what this number is all about.

Tutting, trippy music, easy-to-do hip-hop, cheezy lyrics is what "Apply Beauty" is about. Not to mention the music too, is catchy. Once again, the fact that Jr NTR is one helluva dancer is highlighted in his solo section and we don't mind it one bit.

Ek massy number to banta hai boss... is what "Pakka Local" is all about. While Kajal Agarwal is busy flaunting a flat midriff and impressing the locals with her dance, Jr NTR also takes up the challenge and does not fail to impress in this dhinchak dance number.

Here's another dance number from Jr NTR's debut movie Simhadri. Right from the song's tune to the dance steps, which are very desi, Jr NTR, Bhumika Chawla and Ankitha make you want to simply get up and dance like no one's watching. RRR: Alia Bhatt to Have a Love Triangle with Jr NTR and Ram Charan? Director SS Rajamouli Answers'.

It's been a long-standing argument between the Tollywood fandoms of Jr NTR and Allu Arjun as to who is a better dancer from amongst the two. Jr NTR is said to imitate his choreographer on the spot and deliver his performances. But fans vote for Jr NTR for his unparalleled energy levels and dance steps that the layman can copy. Nevertheless, his dance numbers are full of dance, dun, humour and all the love. Here wishing Jr NTR a rocking birthday!