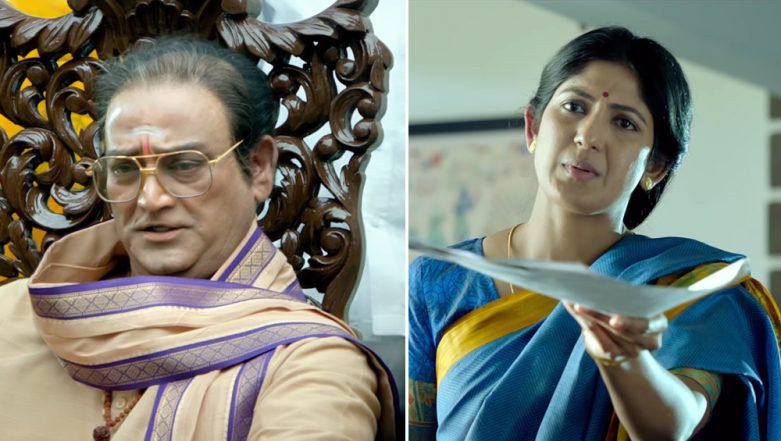 Ram Gopal Varma is here with his version of a biopic on Telugu actor/politician, N.T.Rama Rao. Earlier this year, director Krish's biopic on the same personality had hit the screens with the name N.T.R: Kathanayakudu. The film had NTR's own son Nandamuri Balakrishnan along with Vidya Balan and other known stars. Now, RGV's film Lakshmi's NTR trailer is here and the social media is already talking about it. This film is reportedly based on NTR and his second wife, Lakshmi Parvathi. NTR Biopic New Posters: Vidya Balan as NTR's Wife Basavatarakam Looks Convincing and Beautiful!.

In the trailer, we can hear chilling music in the background. The trailer shows the actor and his second wife's bonding. Actor Asalu Katha is seen as NTR and Yagna Shetty as Lakshmi Parvathy. Check out the trailer below:

Earlier, speaking of the film, Varma had spoken about the film saying, "His (NTR’s) story is like a Mahabharata and that kind of epic will have lots of chapters in it. We know of him when he was a superstar and when he rose up to be a great leader. But after she entered his life, there are only perspectives and conspiracy theories."

RGV also shared the trailer saying that it is the most intense and dramatic love story ever. He even shared a caricature based on NTR and his wife, published in an old publication, during his reign. He also stated that the real love story of the duo has been portrayed his film. There is no reaction from the family members of NTR as of now. Watch this space for more updates from the South film industry.