Petta: A Stylish Rajinikanth is Pure Marana Mass In This New Promo Video 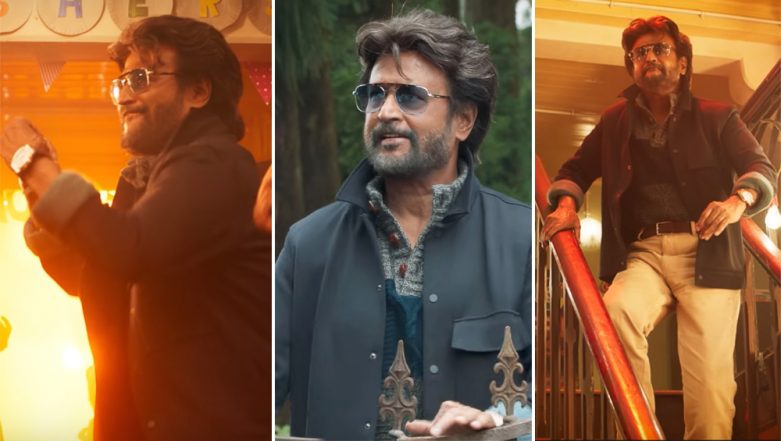 Dear Rajini fans, are you all set for a Thalaiva Pongal treat on January 10? Rajinikanth's much-hyped Petta is releasing on this date, and we are too excited about this one. Returning to the big screen after the humongous success of his last film, 2.0, Rajinikanth is going to his masala hero roots with Petta. The movie is directed by the talented Karthik Subbaraj, who previously gave us gems like Pizza, Jigarthanda, Iraivi and the underrated Mercury. The first trailer of the film had left us exhilarated, as it celebrates the mass image of its lead superstar, and now we have another promo that has the same intent. Petta Trailer: 5 Reasons Why The New Promo Has Made Us Super-Hyped For This Rajinikanth Pongal 2019 Release!

Petta's new promo is all about Rajinikanth and how stylish and suave he is looking in the film. Set to the beats of Anirudh Ravichader-composed "Marana Mass" song, the trailer has to be just watched for the 60-plus superstar's still-young swagger. Movies This Week: Rajinikanth’s Petta, Ajith’s Viswasam, Vicky Kaushal’s Uri, Anupam Kher’s The Accidental Prime Minister, Ram Charan’s Vinaya Vidheya Rama – Vote for Your Favourite.

Check out the video below -

Trisha Krishnan and Simran Bagga are the female leads in the film. Bollywood star Nawazuddin Siddiqui is making his South debut with Petta, while Subbaraj regular Vijay Sethupathi is also having an important role in the film. Bobby Simha, M Sasikumar and Guru Somasundaram are also a part of the cast.

On January 10, Petta will be clashing with Ajith Kumar's masala entertainer, Viswasam. Both the movies are seeing a high demand in the advance ticket sales, with an almost equal number of screens. Definitely a double Pongal treat for all Tamil movie buffs and a heart weekend for all theatre owners in the state! However, Petta has a slight advantage over Viswasam when it comes to the rest of the country, as it will also be releasing simultaneously in other languages, including Hindi.