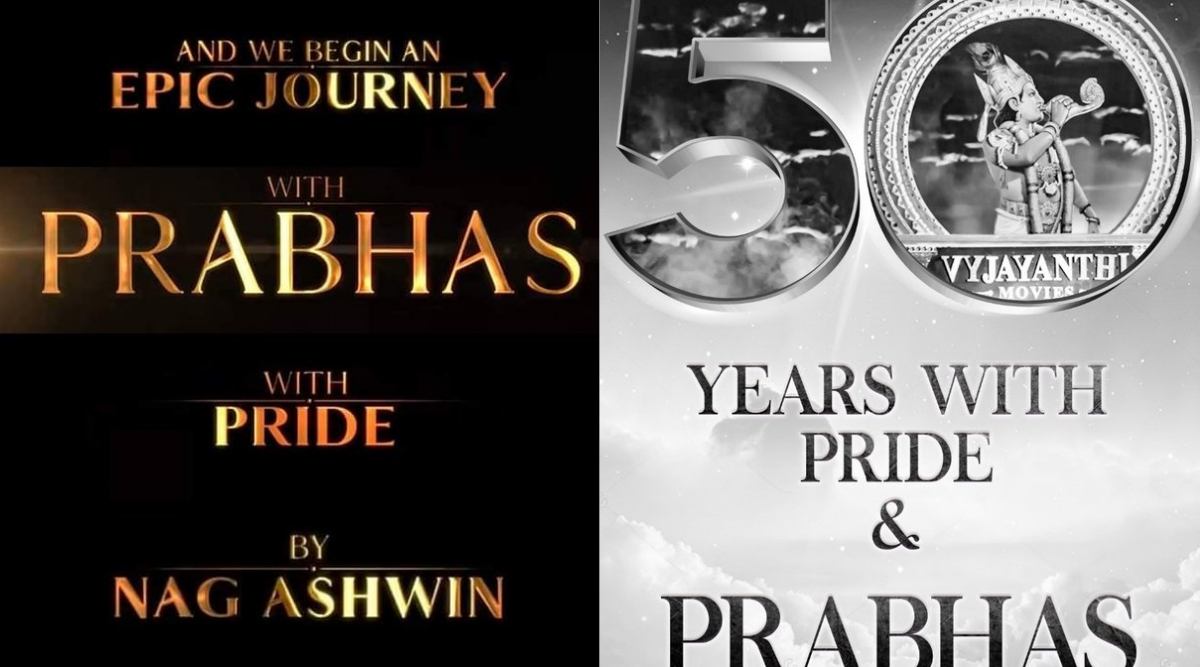 The fans have been waiting to watch the ultra-popular south star, Prabhas once again on the silver screen. Sure, they got to watch him in the high-on-action film, Saaho. However, the smitten fans who are yet to get over his 'Baahubali' image did not find it much impressive. Now this collaboration of him with director Nag Ashwin might just be the treat the fans were impatiently waiting for. 'Prabhas 20' Starts Rolling! Superstar Shares A Glimpse From The Radha Krishna Directorial (View Pic).

As the production house, Vyjayanthi Movies clocks 50 years, they announced this huge collab. The video says that it will be an 'epic' journey having these two stellar industry personalities. Also, the movie comes right after Nag Ashwin's previous critically acclaimed film, Mahanati. Check out the video below.

As said above, Nag Ashwin wrote and directed Keerthy Suresh starrer Mahanati. The movie is based on the life of Indian actress Savitri. The film went on to become a massy hit as well as received accolades for the same. The biographical drama also won three awards, including Best Feature Film in Telugu, Best Actress for Keerthy and Outstanding Costume Design at the 66th National Film Awards. The director is also gearing up for another release which is Jathi Ratnalu as a producer. The Anudeep K V directed flick stars Naveen Polishetty, Priyadarshi and Rahul Ramakrishna in main roles. Coming back to the Prabhas starrer, more information on the project is awaited. Stay tuned for more updates.