Rani Velu Nachiyar: Lady Superstar Nayanthara Not A Part Of The Period Film

Reports were doing rounds that Nayanthara has been approached play the leading lady in the biopic of Rani Velu Nachiyar. 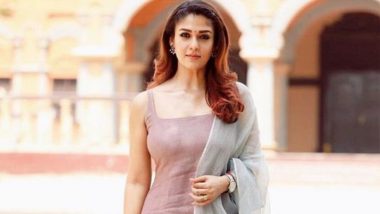 Nayanthara, the Lady Superstar of Kollywood, has done women centric roles in the past and those films of her have been a huge hit at the box office. Reports were doing rounds that Nayanthara has been approached play the leading lady in the biopic of Rani Velu Nachiyar, the legendary queen who ruled the Sivagangai jameen from 1780 to 1790. Nayanthara would definitely pull off this role brilliantly, but the actress’ PR team has issued a statement and clarified that no such project has been offered to her. Paattu: Fahadh Faasil And Nayanthara In Premam Director Alphonse Puthren’s Next Malayalam Film!

The statement issued by the team read, “Certain news stating that Ms Nayanthara is a part of period film based on the life of Queen Velu Nachiyar has been circulating in some sections of the media. Nayanthara categorically denies such a movie and we voice her opinion on the same to the media.” It was also reported that director Susi Ganesan would be helming this period drama. 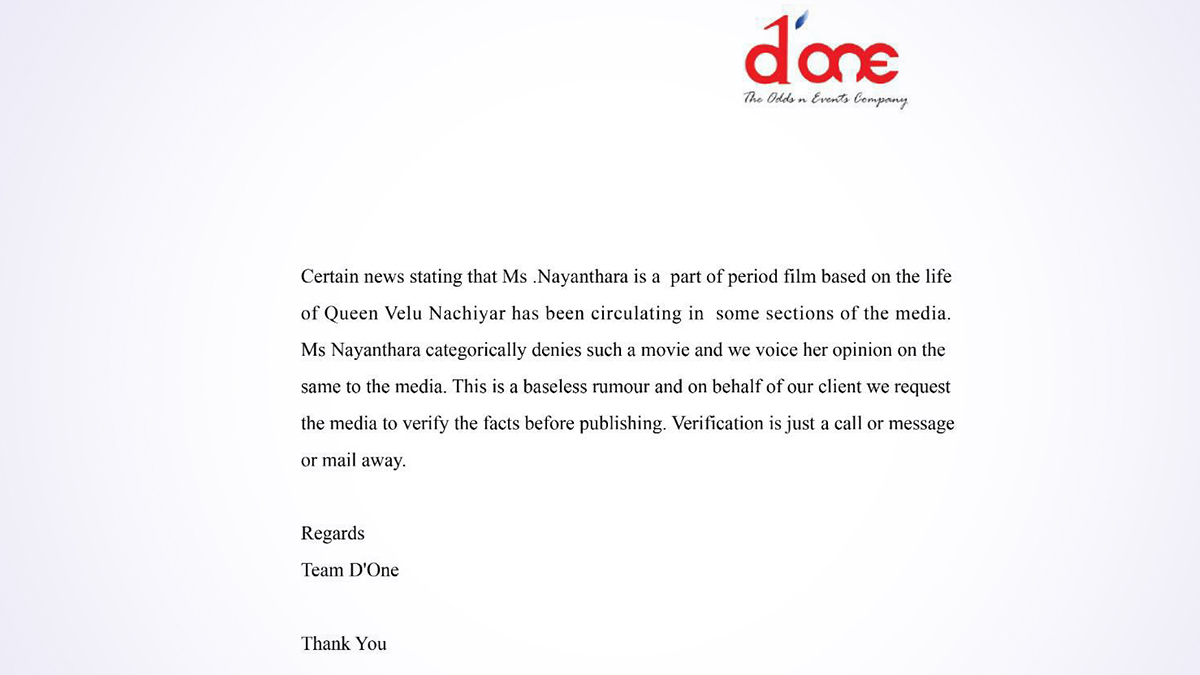 Meanwhile, Nayanthara has many other intriguing projects lined-up and they are Annaatthe, Nizhal, Kaathu Vaakula Rendu Kadhal, Netrikann and Paattu. Keep watching this space for more updates from the world of entertainment.

(The above story first appeared on LatestLY on Dec 30, 2020 11:14 AM IST. For more news and updates on politics, world, sports, entertainment and lifestyle, log on to our website latestly.com).