Samantha Ruth Prabhu stated, "Now that we're in the year 2022, can we finally stop judging a woman based on the hemlines & necklines she adorns and focus instead on bettering ourselves?." 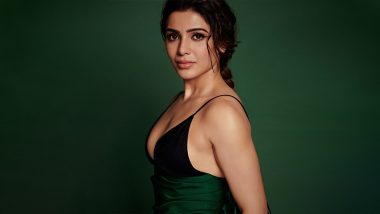 Samantha hence, took to her social media handles to slam her trolls. The Rangasthalam actress wrote, "As a woman, I bear firsthand knowledge of what it means to be judged. We judge women based on what they wear, their race, education, social standing, appearance, skin tone, and the list goes on and on."

Samatha continues, "Making snap judgments about a person simply based on the clothes they wear is quite literally the easiest thing one can do. Now that we're in the year 2022, can we finally stop judging a woman based on the hemlines & necklines she adorns and focus instead on bettering ourselves?." 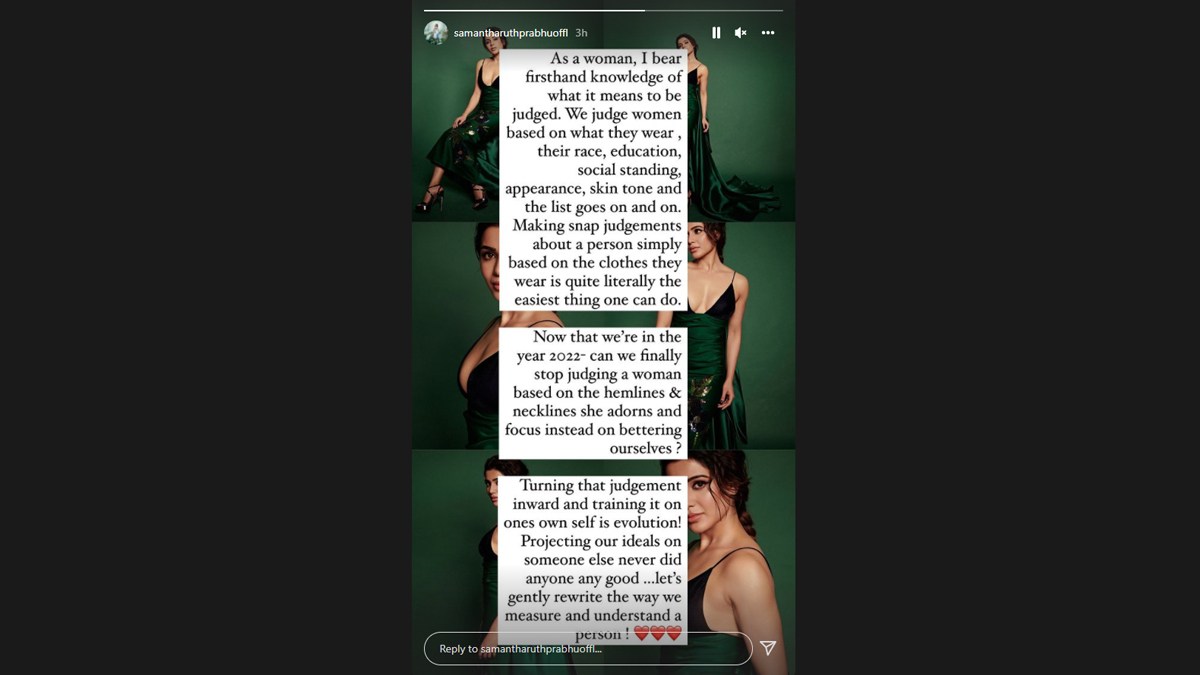 She further added, "Turning that judgment inward and training it on one's own is evolution! Projecting our deals on someone else never did anyone any good... lets gently rewrite the way we measure and understand a person."

Despite the actress' absolutely stunning looks at the event, she was trolled for her bold choice, as most of her critics felt the dress was'quite revealing'. Sharing the same collage of pictures, The Family Man-2 actress Samantha simply shut down her critics.

(The above story first appeared on LatestLY on Mar 12, 2022 06:30 PM IST. For more news and updates on politics, world, sports, entertainment and lifestyle, log on to our website latestly.com).