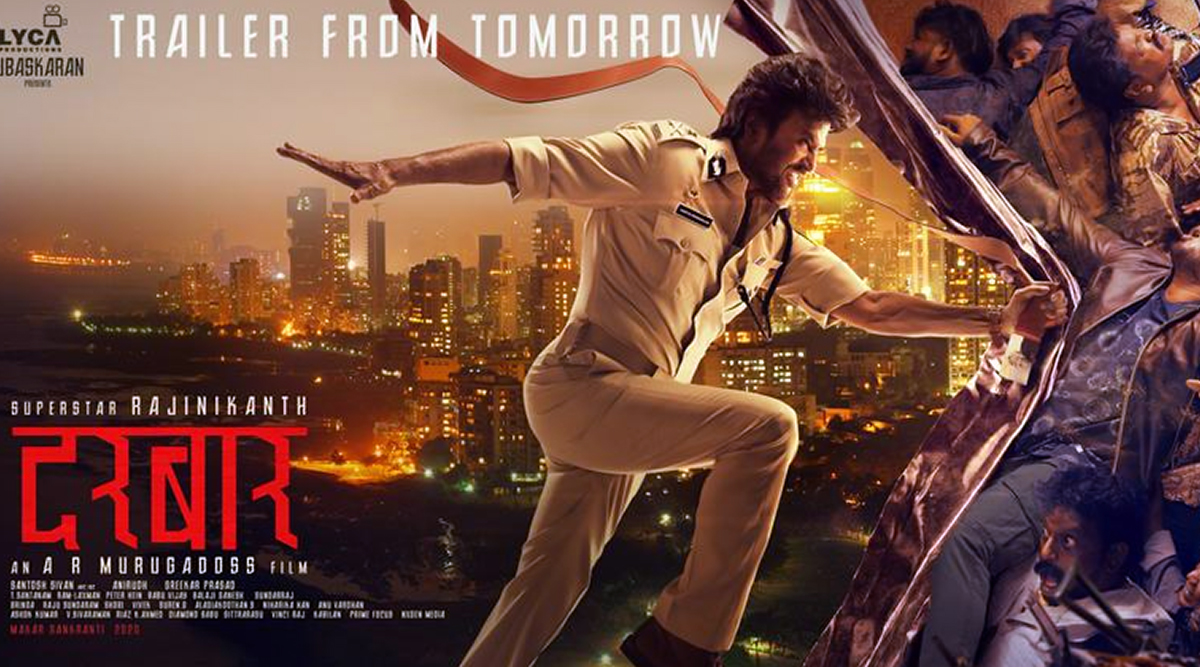 Rajinikanth is all set to treat his fans in the New Year with his upcoming big release Darbar. The film is all set to hit the screens on January 9 and is expected to be a complete blockbuster. The Tamil Nadu government has now issued a statement allowing the early morning shows of Rajinikanth’s Darbar. Earlier, there was confusion among fans whether or not theatres would hold special shows for the film and now they can rejoice. According to the statement, multiplexes and single-screen theatres can hold special screenings of Darbar for four days — January 9, 10, 11, and 13. Darbar Song Chumma Kizhi Teaser: Rajinikanth Nails Every Move and Wins Twitterati's Heart! (Watch Video).

The Government Order has been issued to theatres and they can schedule early morning shows in the state on the four working days. As Saturday and Sunday (January 11 & 12) are holidays, special shows will be scheduled by default as per a statement in ANI. The film is expected to make a great business at the box office considering January 15th is the Pongal day so the film will have a one-week free run with extra shows and no competition. Darbar New Promo: Rajinikanth and Suniel Shetty Steal The Show With Their Action Packed Scenes (Watch Video).

Dabar has been produced by Lyca Productions and directed by A R Murugadoss. The film stars Nayanthara, Nivetha Thomas, Suniel Shetty, Yogi Babu, Thambi Ramaiah, Sriman, Prateik Babbar, Jatin, Nawab Shah, and Dalip Tahil in pivotal characters. Anirudh Ravichander has composed music for the film and Santosh Sivan has been the cinematographer on the film. Darbar stars Rajinikanth in the role of a cop and fans are super-excited to see him. Much of the shooting was done in Mumbai given that the film's story is based in the city.