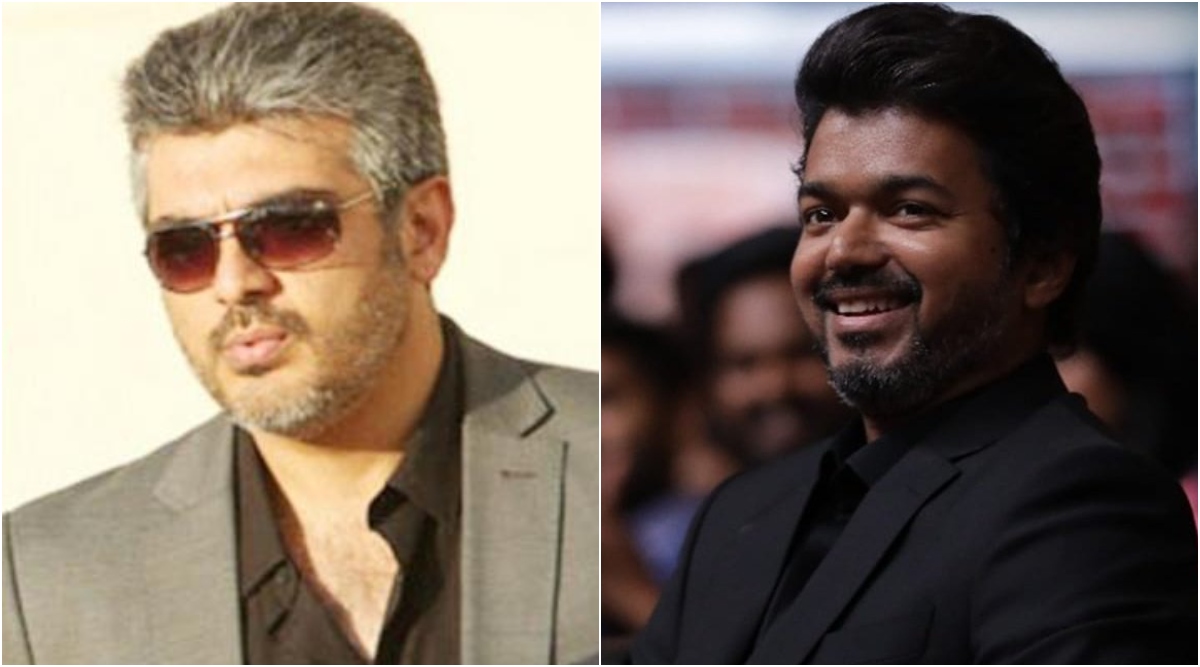 Despite the Coronavirus scare, the audio launch of Thalapathy Vijay's upcoming film Master was held in Chennai. The film's music has been composed by Anirudh Ravichander who was also present for the big audio launch event. Vijay arrived at the audio launch sporting an amazing look as he suited up in black. Well, Vijay's look at the audio launch was particularly a talking point mainly because the actor mentioned it himself and revealed how it hand a connection to his friend Thala Ajith. If you happen to follow South cinema, you probably know that Vijay and Ajith's fans are always at war when it comes to social media but Vijay's recent statement at the audio launch is sure to change all that. Ahead of Master Audio Launch, Here’s a Still of Malavika Mohanan with Thalapathy Vijay (View Pic).

At the audio launch event, one of the biggest highlights was when Vijay spoke about his contemporary, Ajith. The actor left the crowd cheering at the launch event with his remark as he said, "Like my friend Ajith, I've come dressed in a blazer." It was indeed one big happy moment for Ajith's fans to have heard this amazing compliment from Vijay.

Check Out the Video from Audio Launch Here:

Such an Amazing Speech Delivered in a Short #KuttiStory & he Praised about his Best Friend, #ThalaAjith about the Dress Code. There's a BIG Reason why #Thalapathy @actorvijay is One of the Most Successful Iconic Star of Indian Cinema😍❤️#Master pic.twitter.com/YmP0ZpNndv

Vijay also spoke about other important things at the audio launch. Addressing the Coronavirus issue, he said, "I am sad that my fans couldn't attend the audio launch. We did this as a private event due to coronavirus. Thank you and I am sorry."

Not just this, the actor also poked fun at the recent IT raid issue that had landed him in trouble. He said, "I would want my old life back. It was peaceful...without any raid." #VijaySpreadsNegativity: Thalapathy Vijay Gets Targeted Again by Thala Ajith Fans (Read Tweets).

As for Master, the film also stars Malavika Mohanan and Vijay Sethupati in lead roles. The film has been directed by Lokesh Kanagaraj and is all set to hit the screens on April 9, 2020.