Vishnu Vishal also opened up about his divorce and why love is more like companionship to him now. 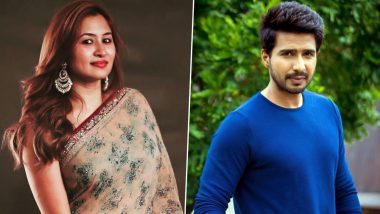 Ratsasan actor, Vishnu Vishal is now making headlines for his relationship with badminton player, Jwala Gutta. While the actor doesn't deny being in a relationship with the athlete, he emphasizes that love is all about marriage for him and that chapter is over after his divorce. However, he strongly believes in having a companion for life and his take on love and relationships has evolved with him. In his recent conversation with India Today when the actor was asked about his relationship with Gutta, he opened up about how they connected on a similar level and why she shouldn't be blamed for his divorce.

"Frankly speaking, there is no space for love in my heart. To me, love is all about marriage and that chapter is over. Mine was a love marriage and we were together for almost 11 years. It’s definitely not easy to forget those moments," he explained while elaborating on his matured take on love and relationships. "I believe in companionship for life. I am a strong believer in that. As days pass by, you need someone to share your happiness and sorrows with. After my separation, I met Jwala and started spending a lot of time with her. She is a very positive person and that’s what I like about her. She had also gone through a separation in life. We spoke, understood each other and things are going fine," he further added. Jwala Gutta Confirms Being in a Relationship with Vishnu Vishal, Says Marriage Will Happen Soon.

Speaking about how he gets affected when people start assuming things, Vishnu Vishal said, "When I post pictures of Jwala or when she does, a section of people manipulate things and pass insensitive comments. Some say that I got separated from my wife because of Jwala Gutta and another say that I was in a relationship with Amala Paul during the time of Raatchasan. I can’t prove them wrong by revealing the actual reason for my separation, as its something personal." When asked if a wedding is on the cards with Gutta in future, he said,"I don’t have the feelings of an 18-year-old, who falls in love for the first time. I am 35 now, things are different. I am practical and more matured. Let’s see what happens in the future." Vishnu Vishal and Amala Paul to Step into Nani and Shraddha Srinath's Shoes for Jersey's Tamil Remake.

Well, we hope he has a 'happily forever' ending with Jwala.

(The above story first appeared on LatestLY on Apr 11, 2020 02:02 PM IST. For more news and updates on politics, world, sports, entertainment and lifestyle, log on to our website latestly.com).