Bhumi Pednekar on Upcoming Social Drama Series MTV Nishedh: ‘I Think the Effect Is Going to Be Very Hard-Hitting’ 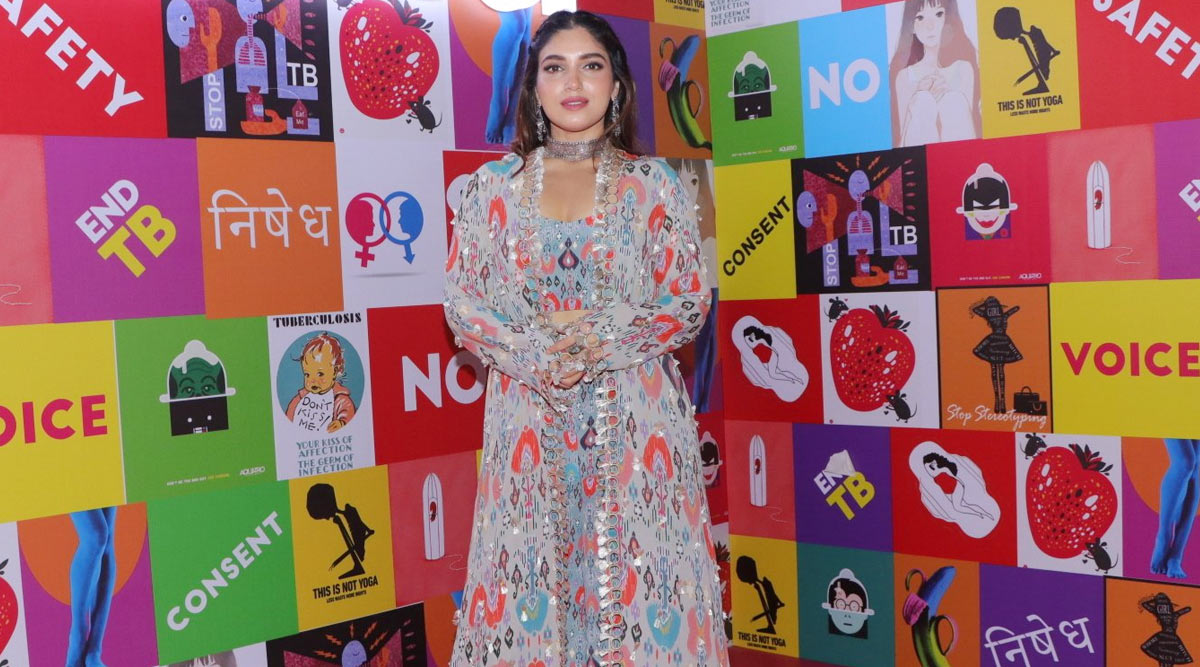 Actress Bhumi Pednekar has lent support to MTV Nishedh, and says the upcoming series is going to be hard-hitting fare. MTV Nishedh will focus on fostering healthier attitudes and behaviours, and removing the stigma surrounding several health-related issues, including sexual reproductive health and wellbeing, contraceptive care, tuberculosis (TB) and nutrition. The series aims to educate the audience on these subjects, and to get young people talking and seeking out more information about such important but often-neglected and overlooked issues. Bhumi Pednekar Keeps It Slinky and Sleek in Manish Malhotra Sequin Saree for Jeff Bezos Welcome Bash!

"We usually show our women as very demure and submissive but I think over the last few years, with the work my colleagues and I are putting in, or the kind of initiatives that are being started and the kind of conversation that has started, things are changing," said Bhumi at the launch of MTV Nishedh on Friday in Mumbai. She added: "When I was told about MTV Nishedh, I said this is exactly what I want to do with my films, and here we have a platform that reaches out to every corner of the country because MTV is one of the largest youth platforms. So, I think the effect is going to be very hard-hitting. I am extremely excited and happy to be associated with this campaign." Durgavati: Bhumi Pednekar Says She Is ‘Pressured and Excited’ About Her Upcoming Horror Film.

"I feel there are so many conversations that need to be started. I have done films on everything possible and that I feel passionate about. I did ‘Shubh Mangal Savdhan' which was based on sexual disorder. It had a big effect. I have done film ("Toilet Ek Prem Katha") on poor sanitation facilities in India. After that, the issue has been solved to a larger extent. So, I realise the power of this medium and I think it's great that we are using it," Bhumi said. MTV Nishedh will premiere on MTV India on January 25 and on Colors Rishtey starting February 1.