Bigg Boss 13: Dalljiet Kaur Reveals Shehnaaz Gill Has A Boyfriend Outside The House 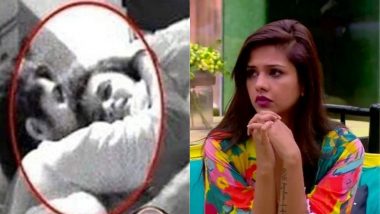 It was sad to see Dalljiet Kaur walking out of the Bigg Boss house last weekend. It was even sadder to see Koena Mitra follow suit. However, we will have to deal with the fact that these two strong and opinionated ladies, who could have gone a long way on Bigg Boss 13 are not a part of it. They are out of the house and have been making quite some revelations. Like Dalljiet exposed her fellow contestant Shehnaaz Gill, who as we all know is flirting with Paras Chhabra on the show right from the very first day. Paras has been reciprocating despite being in a relationship with TV actress, Akanksha Puri. The worse part is that he is not only leading on Shehnaaz, but also another contestant, Mahira Sharma. Now, Dalljet has revealed that Shehnaaz too is dating someone outside the house and that the love angle between Paras and Shehnaaz is "fake".

“Well, the whole love triangle and love happening in such a short time didn’t work for me because I could see that it was all fake. It’s a reality show but nothing is real. Within a week, I saw people falling in love, then forming a love triangle, and soon there was a break-up,” Dalljiet was quoted by Firstpost. Bigg Boss 13 Day 16 Preview: Rashami Desai - Asim Riaz Fight Over Food and Contestants Fight for Ticket to Finale.

Dalljiet further went on to reveal that Shehnaaz is in a relationship with someone else and that she is glad she didn't try to start a love angle on Bigg Boss 13. “All the planning and plotting was already done. There’s the winner of Splitsvilla, then another contestant faking love despite having a boyfriend outside the house. I don’t know how to say, ‘I love you, or look into my eyes…’ I can do all that as a character for my show but as Dalljiet, I didn’t want to, and Salman too told me that I played with dignity,” she further said.

Well, this is indeed not surprising. Shehnaaz and Paras might think that their love angle will take them far on Bigg Boss 13, but fans know better now and clearly they know that is not real.

(The above story first appeared on LatestLY on Oct 15, 2019 10:13 AM IST. For more news and updates on politics, world, sports, entertainment and lifestyle, log on to our website latestly.com).