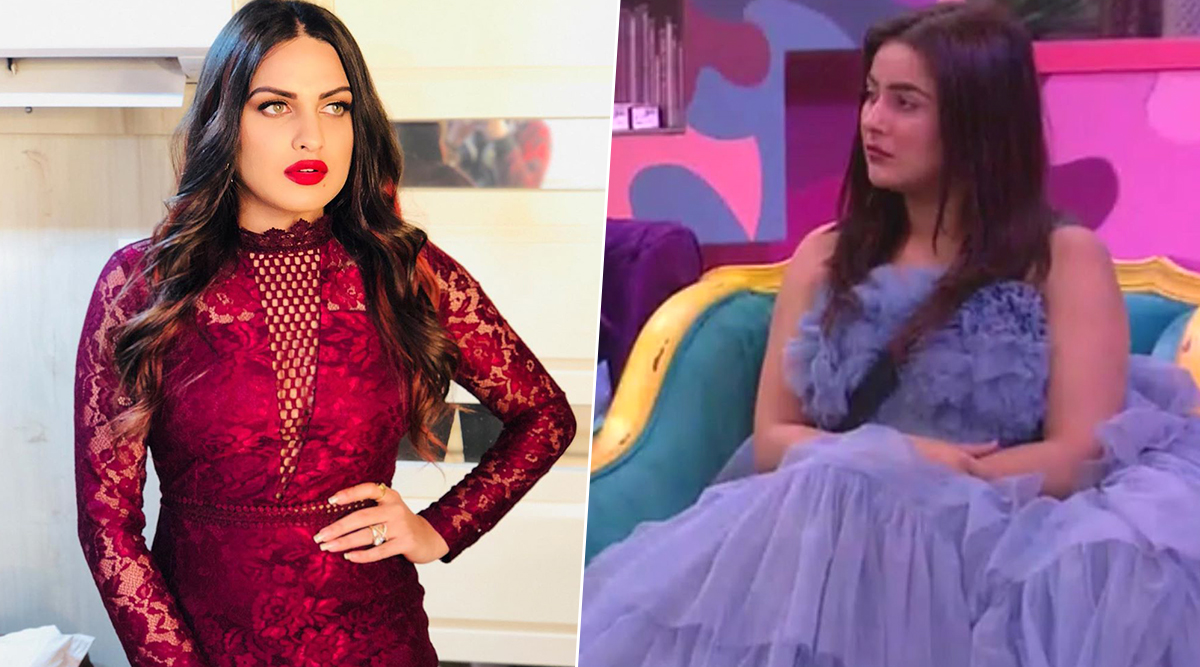 Fans saw an altogether different side of Punjab ki Katrina Kaif, Shehnaaz Gill when Himanshi Khurana made an entry as a wild-card contestant on Bigg Boss 13. Gill was seen shouting and accusing the makers that this was rigged and all they wanted to do is shame her on national TV by bringing Himanshi on the show. For the unaware, Sana and Himanshi shared an ugly past and happens to be arch-rivals. But gladly on the reality show, Shehnaaz and Himanshi became friends and it was a feast to the eyes. Recently, in an interview, Sana's father had accused Khurana of torturing her daughter in the past which led to Gill attempting to commit suicide. Yep, you heard that right. Bigg Boss 13: Himanshi Khurana Buries the Sourness With Shehnaaz Gill, Comes in Support of the ‘Punjab Ki Katrina’ When Tagged ‘Jealous’ (View Post).

Taking to her Twitter account, Himanshi has reacted to these not-so-great allegations. In her tweet, the girl did apologise just in case Shehnaaz did attempt to commit suicide but also added how Sana has this habit of creating controversies for herself and then getting disturbed. We do not know who is right or wrong here, but accusing someone of being the sole reason behind someone else's suicide attempt is quite a revelation. Bigg Boss 13: Arjun Bijlani Slams Sidharth Shukla’s ‘Aisi Ladki’ Comment for Rashami Desai, Says ‘Talking About Anyone’s Character Is Characterless in Itself’.

Earlier, Shehnaaz's father, Santokh Singh Sukh, in an interview with SpotboyE had opened a can of worms and said, “Himanshi has tortured my daughter to an extent that she would have committed suicide. After their controversy, whenever Shehnaaz used to post any picture of her on social media, there used to be 100 comments, 90 were abusive and it was all done by Himanshi's PR team. Himanshi was in the industry from 15 years and Shehnaaz that time was just a year-and-half old in it. So, this girl used to make sure that she doesn't get any work.” Stay tuned to LatestLY for all the updates from BB 13!
Comments
Tags:
BB 13 Bigg Boss Bigg Boss 13 Bigg Boss Updates Himanshi Khurana Salman Khan Shehnaaz Gill
Comments
You might also like