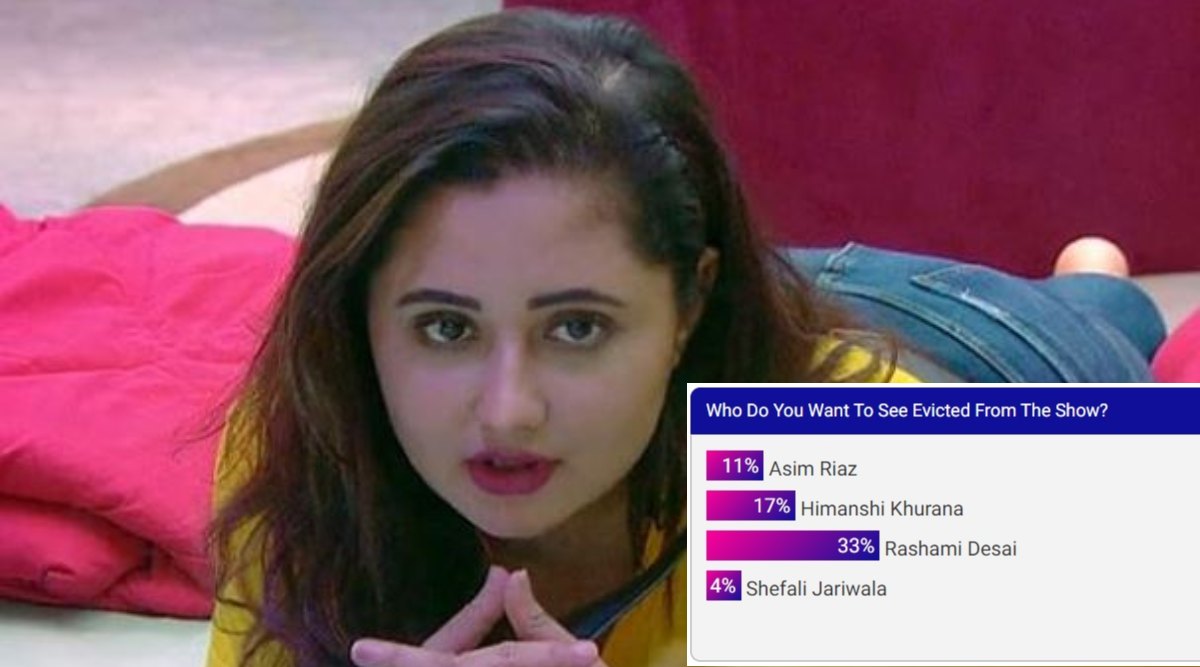 All things unexpected can just happen on Salman Khan’s controversial reality show, Bigg Boss 13. And just in case, if you happen to miss Friday’s episode, all we want to say it was Mahira Sharma-Shehnaaz Gill’s stupid blah-blah vs Rashami Desai and Shefali Jariwala’s doll act. Not just this, Rashami also got injured (hairline fracture) when Shehnaaz Gill snatched the doll from her hand. Owing to the same, the TV actress baar baar said on the episode that she wants to quit the show as she can’t bear to stay with such violent inmates. Well, looks like her wish has been granted. If we were to go by the nomination poll that we conducted at LatestLY, fans want to see Rashami kicked out of the show. Bigg Boss 13 Weekend Ka Vaar Preview: Salman Khan Exposes Arhaan Khan, Reveals To Rashami Desai That Her 'To-Be' Fiance Has A Child (Watch Video)

For the unversed, this week captain Sidharth Shukla had the power to nominate contestants and he chose Rashami, Shefali Jariwala, Himanshi Khurana, Asim Riaz and Paras Chhabra. But out of the five, Paras left the show due to medical reasons which led to now four contestants being nominated. While we know that the OG jaanta ka faisla will come by Sunday, but giving you a hint on what’s on their mind; the answer is Rashami. Surprisingly, viewers have chosen her over Himanshi.

Check Out The Result Below: 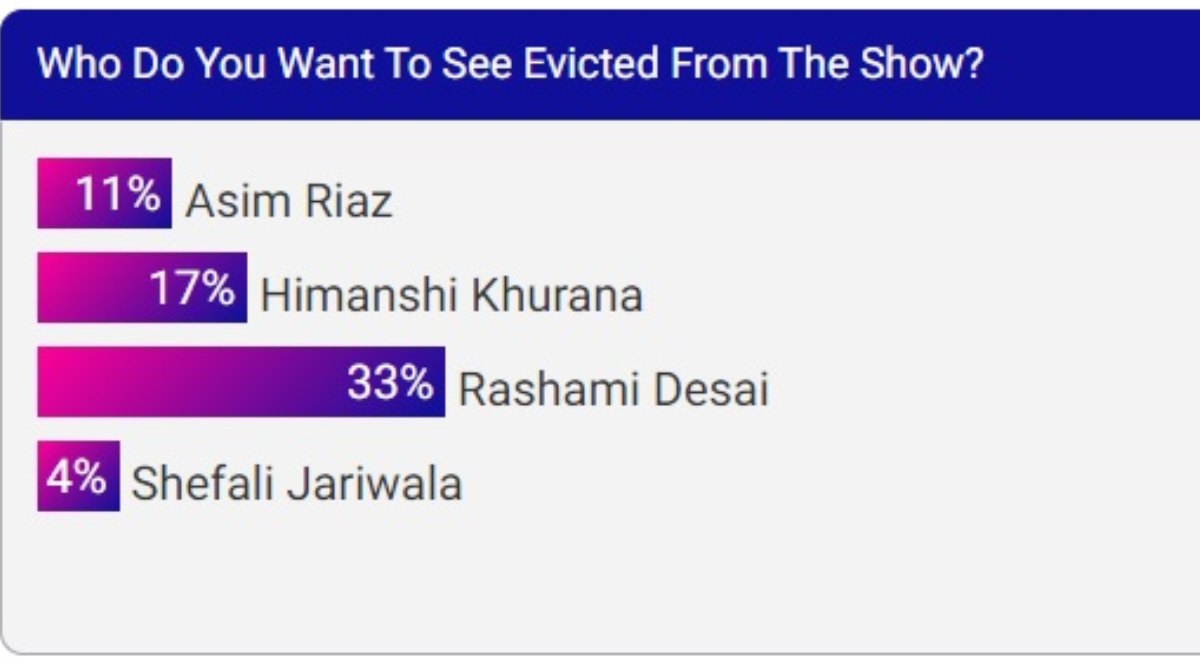 Elaborating on the same, Rashami has registered 34 per cent votes followed by Himanshi (18 per cent), Asim (14 per cent) and Shefali (4 per cent). We wonder, why fans want to see Desai out of the ghar? Even though she might not be giving her 100 per cent on the show, she has been in the industry for long and her popularity is immense! Lastly, now only time will tell if our nomination poll’s result will turn into a true affair or not? Stay tuned!