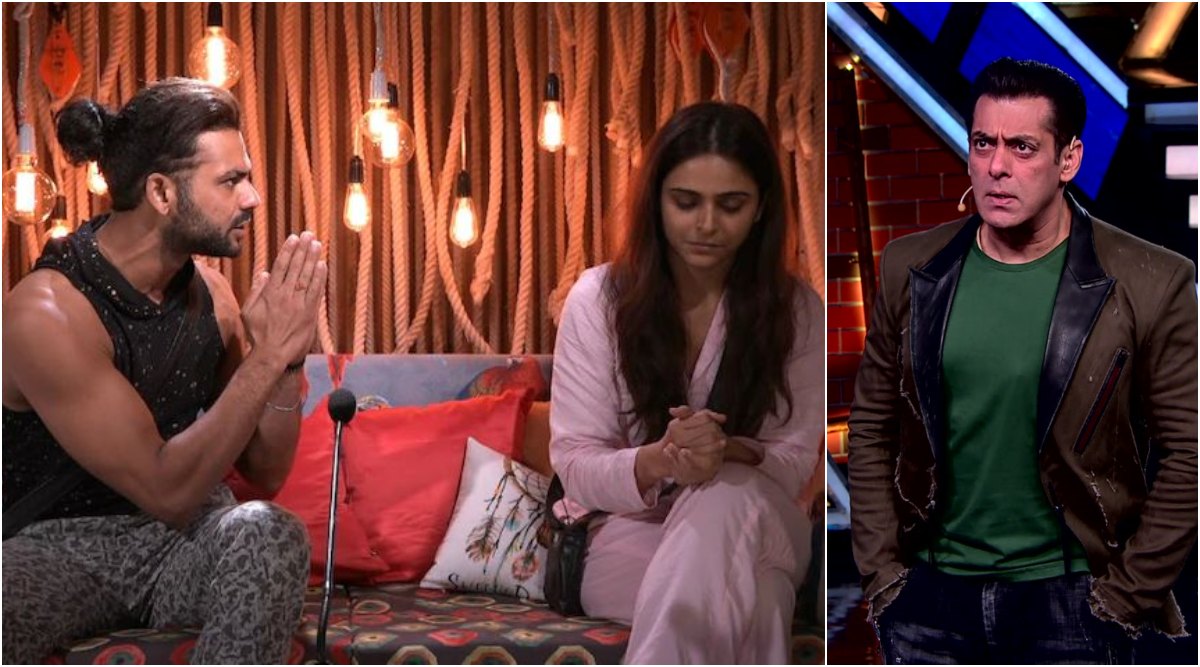 Madhurima Tuli and Vishal Aditya Singh first made it to the news for their relationship and subsequent breakup, followed by their participation in Nach Baliye 9 which included ex-couples in their 9th season's format. During the course of Nach Baliye 9, Vishal and Madhurima's constant clashes and ugly fights in the rehearsal halls, on the stage and even in front of the judges and guests, brought them under a lot of negative limelight. Bigg Boss 13: Vishal Aditya Singh, Rashami Desai, Madhurima Tuli And Arti Singh Reveal Their Abuse Stories To Real Chhapaak Star Laxmi Agarwal (Watch Video)

Soon after Nach.... ended, Vishal entered Bigg Boss 13 and after a week or two later, his ex Madhurima Tuli also walked into the house, a move that was not welcome by Vishal and he was also very visibly upset with looking his ugly past in the eye, and the duo also had a 'conversation' on Madhurima's first day in the house.

Watch The Fight Video Below:

After getting along 'just fine' for some days, Vishal and Madhurima last week got into a huge fight and ended up throwing her chappal at Vishal. This led to Bigg Boss nominating the lady for 2 weeks straight. Vishal even took off his mike and the ex-couple had a discussion with Bigg Boss where he asked either of them to step out, but neither did. Bigg Boss 13: Madhurima Tuli Hits Vishal Aditya Singh With Slipper! Will She Be Evicted? (Watch Video)

This week, Salman will raise that topic and first berate Madhurima for losing her cool and lashing out and the shift his attention to Vishal and blame him for instigating her by calling her names.

However, Vishal, in a fit of rage, while explaining himself, will reveal that his anger and disappointment is towards the makers as he had it in his contract that Madhurima will never enter the show while he is present inside. "Sir mere contract mein likha tha ki yeh andar nai aayegi," says Vishal to Salman.