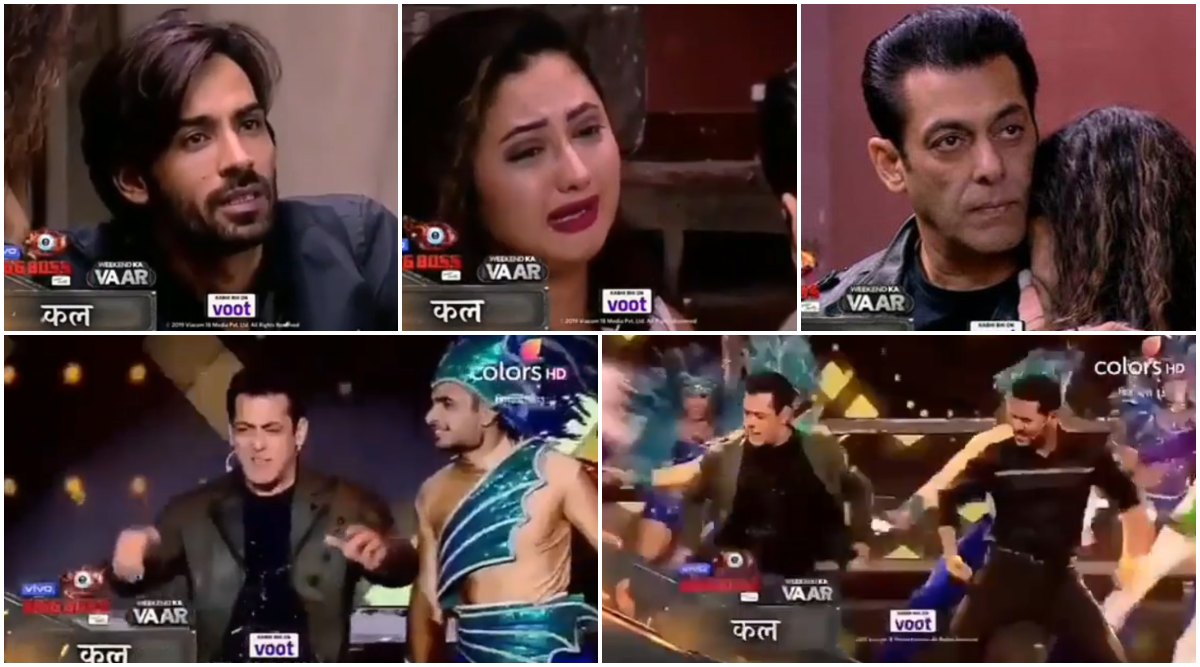 Bigg Boss 13's latest Weekend Ka Vaar episode was indeed an eye-opener for us, the housemates and also Rashami Desai. In fact, it was a huge revelation for the actress, who was blindsided by Arhaan Khan. Salman revealed to the actress that Arhaan was married and had a child, a fact that he never revealed to the girl who he proposed to on national television. And amidst all the other happenings in the house, the focus was Arhaan and his constant efforts to make it up to Rashami. Bigg Boss 13 Weekend Ka Vaar Highlights: Salman Khan Ends The Episode And Walks Out Disappointed At Contestants

Salman Khan enters the house to sort out Rashami Desai and Arhaan Khan's issue. He sits them both down and tells Arhaan that he told Rashami everything but left out the most important detail about his past and calls it a silliest mistake on his part. Rashami is seen telling Salman that she wonders why Arhaan who has done a lot for her, left out a key detail of his life. Salman also offers Rashami a shoulder to cry on, after she breaks down.

Later in the episode, Salman Khan welcomes his Dabangg 3 co-stars Saiee Manjrekar, Sonakshi Sinha and director Prabhudeva and they are seen having a whale of time on the stage. Salman also conducts a Dabangg task where he gives all the contestants some Dabangg 3 glares and asks them to give the chashmah to those contestants who they think need a reality check. Bigg Boss 13 Weekend Ka Vaar: Salman Khan Exposes Arhaan Khan's FRAUDULENT Ways, Keeping Rashami Desai's Best Interests At Heart (Deets Inside)

And soon it is time for eliminations and from what it is being reported, Salman will name Himanshi Khurana and Shefali Jariwala as the contestants who have received the least amount of votes. The housemates are then asked to take their pick from Shefali and Himanshi and the latter is voted out.