Shehnaaz Gill and Sidharth Shukla have a huge fan base across the country. The duo had met on the controversial reality TV show, Bigg Boss 13. And Shehnaaz's 'tweet' for late actor Sidharth has gone viral on the internet. 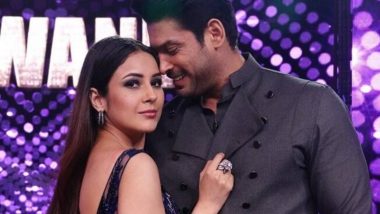 Shehnaaz Gill and Sidharth Shukla, popularly known as Sidnaaz, have a huge fan base across the country. The duo had met on the controversial reality TV show, Bigg Boss 13. Sidharth's untimely demise left everyone shocked. He passed away on September 2. Since then Shehnaaz has been away from social media. But a post from her Twitter handle has gone viral and it is for Sidharth. It read, “pehle kyun na mile hum”. But there has been no such tweet posted by Shehnaaz. This viral tweet is fake. Sidharth Shukla and Shehnaaz Gill’s Fans Cherish #SidNaaz Moments As Bigg Boss 13 Completes Two Years!

Shehnaaz Gill has not posted anything related to her personal life or professional on Twitter and Instagram. The last tweet shared by her was on August 31 and the last post on Instagram was on September 1. She is still recovering from the loss of her rumoured beau. Her pictures from Sidharth’s last rites were all over the internet. One could see how devastated was Shehnaaz. Shehnaaz Gill To Finally Resume Work Post Sidharth Shukla’s Demise, To Shoot a Song for Honsla Rakh on October 7.

On the work front, Shehnaaz Gill would be resuming to work soon. She would be getting back to the sets of her upcoming Punjabi film, Honsla Rakh, and shoot for a promotional song. This film also stars Diljit Dosanjh, Sonam Bajwa and Shinda Grewal.

(The above story first appeared on LatestLY on Oct 06, 2021 11:12 AM IST. For more news and updates on politics, world, sports, entertainment and lifestyle, log on to our website latestly.com).