Indian Idol 2019: Who Are the Judges and Host? Is Neha Kakkar Indian Idol Winner? What Is the Age Limit to Participate & Other Questions Answered

Indian Idol is coming is all set to air its 11th season soon and just in case you have some questions with regards to the same. This article answers it all! 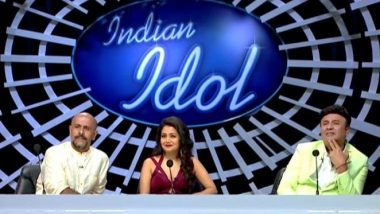 The television space in India is slowly and steadily changing, but then there are a few reality shows which are fans favourite. While the buzz is currently around Bigg Boss 13, there's another show which people are awaiting with bated breathe and its none other than, Indian Idol. The singing reality show gives a stage to the aam junta from any part of the world to participate for the trophy. Now, as the show is all set to premiere on October 12 (Saturday), we give you all the FAQs on the same. Indian Idol 10 Winner Salman Ali Becomes a Mentor on Superstar Singers!

Right from where you can watch the show, who are the judges to many more queries, we've got you covered. FYI, this is the 11th season of the singing reality show. Ready, steady and go! Akshay Kumar Fans Viciously Troll Salman Khan After He Posts an Inspirational Video With Ex Indian Idol Contestant Thupten Tsering.

When and Where to Watch?

Making it's way on the same channel it was aired last year, Indian Idol 11 will be premiered on October 12, 2019 at 8 PM on Sony Entertainment Television. And yes, you can sit with a bowl of popcorn or whatever food you prefer and watch the show only on Saturday and Sunday.

Who Is the Host This Season?

The latest season of Indian Idol will be hosted by Udit Narayan’s son, Aditya Narayan. While the young lad has hosted many reality shows in the past which include Sa Re Ga Ma Pa and Rising Star, this will be his first time on Indian Idol.

Who Are The Judges On The Show?

Vishal Dadlani, Neha Kakkar and Anu Malik are set to return as the judges on the show. Last year, Malik was replaced by Javed Ali on the show owing to the #MeToo allegations against him. It will be interesting to see how fans will react to Anu Malik's presence on the show.

Neha Kakkar competed in season 2 of Indian Idol and garnered fame. Sadly, she did not win the show, but eventually landed as a judge on the tenth season of the show. Bravo!

What Is The Age Limit to Participate On The Show?

As every year, this time too the age limit to participate on the show is 15 to 30 years.

Who Won Season 10 of Indian Idol?

After a tough competition in season 10, the trophy of the same was lifted by Salman Ali. Not just a trophy, the boy also won a cash prize of Rs 25 lakh and a Datsun Go car. Stay tuned to LastetLY for all the latest updates from the world of TV!

(The above story first appeared on LatestLY on Oct 11, 2019 04:16 PM IST. For more news and updates on politics, world, sports, entertainment and lifestyle, log on to our website latestly.com).