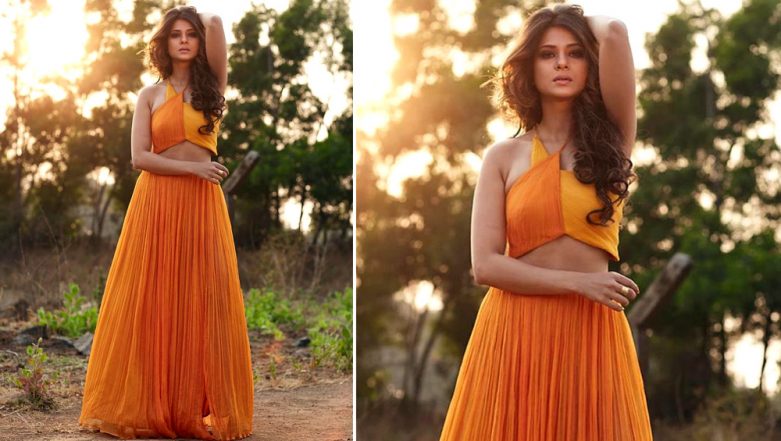 For all of those who were missing hottie Jennifer Winget, here comes some relief. The actress is set to jump headlong into work after a long vacation in Goa with close friends and family. Jennifer, who enthralled the audience with her portrayal of Zoya Siddiqui in her last outing Bepannaah, has signed on for Alt Balaji’s Code M, where she will be seen playing the role of an army officer named Monica. Jennifer Winget Dives Straight to the Gym to Shed All the Extra Vacay Kilos – View Pics

Jennifer confirmed to Pinkvilla that she had indeed signed the Alt Balaji show and was very excited for it to begin. The report also states that she will begin shooting for the series from May 21.

Considering that the role of an army officer will be a physically demanding one, Jennifer has gotten to preparing herself rigorously and was spotted working out and playing basketball. Also, sources close to the project are remaining tight-lipped about the same. Jennifer Winget Is Soaking Up the Sun in a Hot Orange-Black Bikini – View Pic

A few months back Jennifer and her Dill Mill Gayye co-star Karan Wahi had announced in a live session that they were shooting for a web-series together and refused to divulge any details. And this would have marked Jennifer’s digital debut, but now, the question seems to be whether her project with Karan Wahi or Alt Balaji’s Code M hits the web first.

It goes without saying that the role of an army officer serves as yet another feather in Jennifer’s already decorated cap, for the lady has played some really challenging roles in the past (a doctor in Dill Mill Gayye, an obsessive sociopath in Beyhadh and a heartbroken but headstrong woman in Bepannaah). And we will not be surprised if she aces this one as well.