Karan Singh Grover on BOSS Co-Star Sagarika Ghatge: ‘She is The Real Boss of Elegance and Composure’ 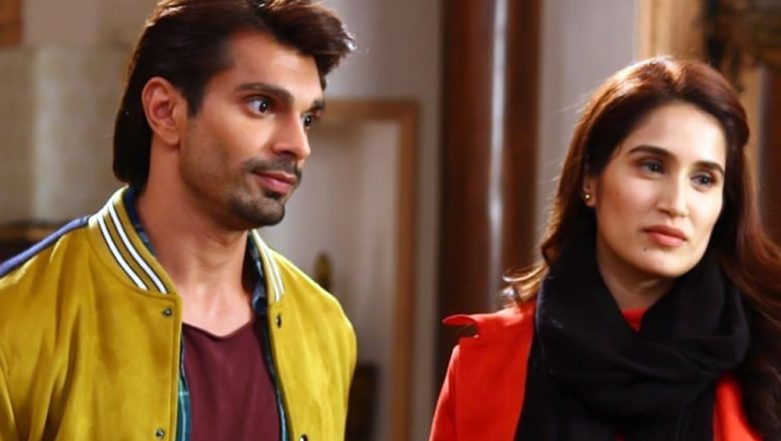 ALTBalaji’s next offering will be the Karan Singh Grover - Sagarika Ghatge starrer BOSS – Baap of Special Services, where Karan will be seen as a cop (Sudhir Kohli) and conman (Keshav Khatri) and Sagarika will be playing a by the book ACP Sakshi Ranjan. The trailer that was launched a few days ago and received a positive response from all quarters, will stream on ALTBalaji from August 2, 2019. The show has the right amount of visual appeal, power-packed stunts and action and suspense factor as well, thus making it a must-watch series. BOSS – Baap of Special Services Promo Review: This Karan Singh Grover – Sagarika Ghatge Thriller Is Slick and Engaging!

And actor Karan Singh Grover is all praises for his beautiful co-star Sagarika Ghatge. The duo will be seen pairing up for the first time ever and has already been touted as one good looking pair on screen. In fact, off-screen too, Karan and Sagarika share an easy friendship and gel extremely well with each other.

With a majority of the shooting taking place outdoors, the cast spent ample of time together off-screen that helped them in creating a loving bond. Says Karan, “Sagarika is unbeatable when it comes to grace and politeness. She is the real boss of elegance and composure.” BOSS – Baap of Special Services New Poster Out Now; Sagarika Ghatge and Karan Singh Grover Look All Set To Take On The Crime World!

Raving more about the Chak De… India girl and his co-star’s performance in the show, Karan adds, “Sagarika is extremely inspiring with her constant hard-work. I hope that the audience loves us and enjoys the series as much as we did.”

BOSS - Baap of Special Services is a mystery thriller that unravels the story of Sudhir Kohli an undercover Cop who is a specialist in solving homicide cases or cases where criminals often go undetected. However, his partner ACP Sakshi Ranjan discovers that Sudhir has a completely different personality altogether and gets on to him.