Kasautii Zindagii Kay 2: '#AnuNePreKoKyonMaara' Is The New '#KattappaNeBaahubaliKoKyunMaara' Mystery Amongst Avid Viewers of The Show 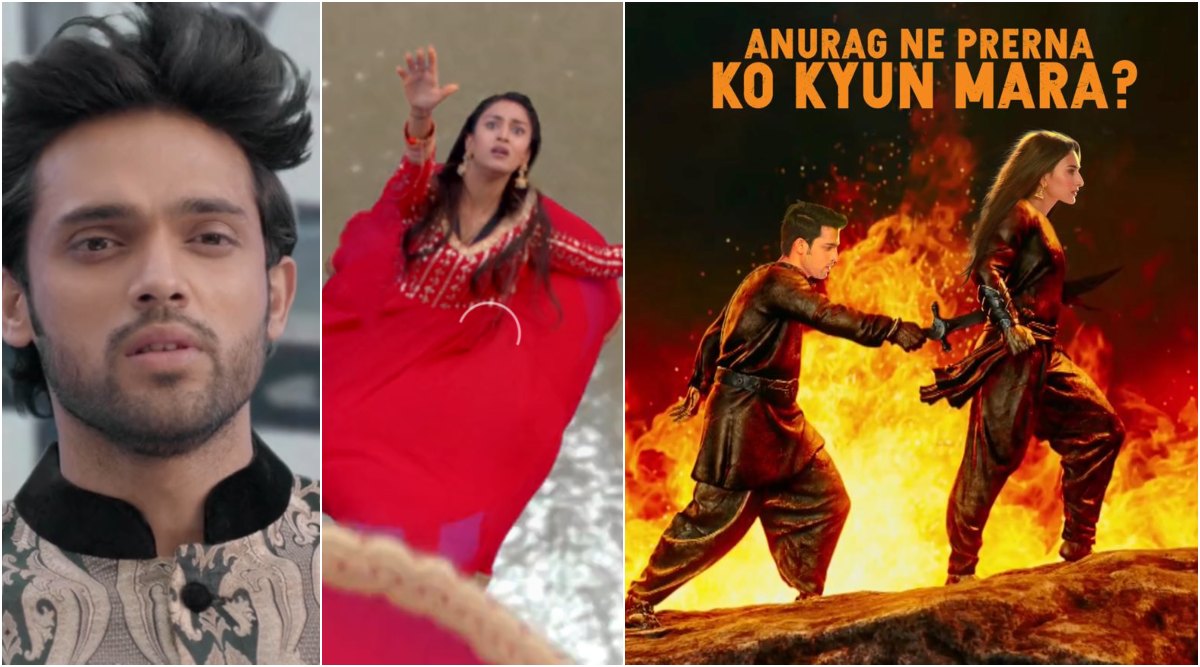 Star Plus' Kasautii Zindagii Kay reboot recently telecast its high point, where we saw Anurag (Parth Samthaan) do the unthinkable and push Prerna (Erica Fernandes) off the bridge into the river. However, Mr Bajaj (Karan Singh Grover) comes to her rescue and not only pulls her out of the river but also tells her how Anurag cheated and manipulated her. The makers had released promos hinting at yet another huge Anurag-Prerna separation and the former turning evil. In fact, the makers themselves started trending the hashtag 'AnuNePreKoKyonMaara'. Karan Singh Grover Returns to Kasautii Zindagii Kay 2, Check Out His Shirtless Stills As He Rescues Prerna From A River.

And fans have now started comparing this twist in the Ekta Kapoor drama to Baahubali's 'Kattappa Ne Baahubali Ko Kyun Maara' twist that took place at the end of the first movie. While the reboot's storyline has deviated pretty much from the previous version and has kept fans at the edge of their seats, Anurag killing Prerna, has had fans in a huge uproar on social media and they have started coming up with diverse theories on why would have Anurag killed Prerna? Kasautii Zindagii Kay 2 New Promo: Anurag Kills His Beloved Prerna, Heartlessly Pushes Her Off A Terrace (Watch Video).

Netizens have been so shocked with this epic betrayal of love that they have compared it to the betrayal of Katappa killing Bahubali! A creative depicting the same has been trending on social media with the hashtag #AnuNePreKoKyonMaara.

The act of Anurag killing Prerna truly signifies the death of love and betrayal at its peak. Television viewers are now waiting with bated breath to know what happened to AnuPre's promise of eternal love? The viewers are waiting with bated breath to know the motive behind Anurag backstabbing his beloved Prerna and also what will happen next. Kasautii Zindagii Kay 2 February 25, 2020 Written Update Full Episode: Anurag Finds Out Sonalika’s Truth After He and Prerna Become Parents of a Baby Girl.

Well, looks like we will all be wracking our brains out wondering who is the real villain in the whole mess and if this is a ploy by Komolika. Also, has Anurag really switched over to the evil side and if this was the end of AnuPre? Only time will tell!