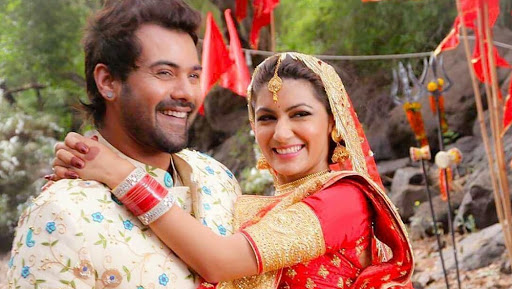 Zee TV's Kumkum Bhagya, which stars Shabbir Ahluwalia and Sriti Jha in the lead roles, is one of the most popular shows on Television. Fans are watching the show only to see their favourite jodi - Pragya and Abhi reunite. The makers too are leaving no stone unturned to hold their audience's interest. In fact, Kumkum Bhagya is keeping its audience hooked like never ever with its numerous twists and turns. No wonder, the show always manages to gain the position on the top ten shows of BARC’s (Broadcast Audience Research Council India) list of most watched shows in the country. Kumkum Bhagya February 5, 2019 Written Update Full Episode: Will Tanu be Able to Manipulate Pragya Against Marrying Abhi?

However, according to the latest reports, Kumkum Bhagya will soon be taking a generation leap. The reports further suggest that the show will see new entries and a new track. Now, does that mean that the lead actors Shabbir and Sriti - will not be a part of the show post generation leap? Well, it's a NO! As per the reports, the makers are apparently planning to introduce a giant generation leap of 25 years and both Shabbir and Sriti will remain a part of the daily soap. However, their characters will be aging on-screen. It is also being said that an actress will be roped in to play the older version of Kiara, Pragya (Sriti) and Abhi's (Shabbir)’s daughter and the casting for the new characters has already begun.

So, what are your thoughts on the development in the storyline? Let us know in the comment section below. Bankrolled by Balaji Telefilms, KumKum Bhagya was first premiered in April 2014, which is an adaptation of the Jane Austen novel ‘Sense and Sensibility’. The show was about a middle-class Punjabi family where a mother wants to see both her daughters to be happily married but given the chemistry of Abhi (Shabbir Ahluwalia) and Pragya (Sriti Jha), the show soon became a love story. Stay tuned to this space for further updates.