TV Actress Leena Acharya recently passed away of kidney-failure in Delhi after being hospitalised for a few days. The lady had been battling kidney-ailments for quite a while now. 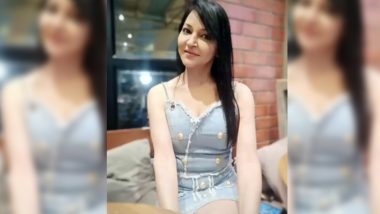 2020 is sure turning out to be unlucky for almost everyone. The TV industry has lost yet another actor - Leena Acharya, who was a part of Meri Hanikarak Biwi, passed away on November 21, 2020 of kidney failure in a hospital in Delhi. Leena was also a part of shows like Seth Ji, Aap Ke Aa Jane Se and also the film Hichki and the web series Gandii Baat. Sameer Sharma, Yeh Rishtey Hain Pyaar Ke Actor, Dies By Suicide.

“The actress was suffering from kidney ailment for past one and half years. Her mother donated her kidney a while back, but she didn’t survive,” revealed Leena's Seth Ji co-star Worship Khanna to ETimes TV.

Worship continued, "In 2015, I had the opportunity to work with Leena ji. She played my mother on-screen in Seth Ji. I was playing the role of Ganesh Rao, a Maharashtrian. I would call her Maeri instead of Maa. We shared a great bond. Being a bachelor staying alone in Mumbai, she would get food for me and say ‘Betu khana kha le’. She was a very fun loving person.”

Revealing about her health issues, Worship revealed, "I knew she had health issues in 2015. She was surviving on one kidney and working. She had suffered many health ailments in between and in past four months her health had deteriorated a lot. She was an experienced actor and I will remember her forever." Our deepest condolences to Leena's family!

(The above story first appeared on LatestLY on Nov 21, 2020 09:52 PM IST. For more news and updates on politics, world, sports, entertainment and lifestyle, log on to our website latestly.com).