Actress Barkha Singh is all set to essay a con bride in an upcoming romantic crime thriller web series, where she features alongside Tanuj Virwani. 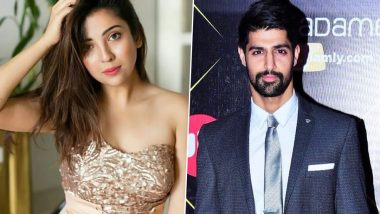 Actress Barkha Singh is all set to essay a con bride in an upcoming romantic crime thriller web series, where she features alongside Tanuj Virwani. "Essaying the role of Sonal Arora, a con bride who is wanted for fooling grooms after marrying them, was an exhilarating experience. I have seen similar characters in cinema but never imagined getting the opportunity to portray a con bride myself," says Barkha. Illegal Season 2: Tanuj Virwani Joins the Cast of Voot Select’s Courtroom-Drama.

"The storyline of the show is quite intriguing as it revolves around the two polar opposite personalities, a con bride and a cop, who embark on an interesting misadventure of solving crime together. This role is completely different from anything I have done before, and I have had a lot of fun working on this project. I hope that audiences have an equal amount of fun watching it," she further informed. The Tattoo Murders: Tanuj Virwani Shares What It Was Like to Shoot for Upcoming Web Show in Kamathipura.

The title of the web series is yet to be revealed. It will be releasing on Disney+ Hotstar.

(The above story first appeared on LatestLY on Apr 19, 2021 07:54 PM IST. For more news and updates on politics, world, sports, entertainment and lifestyle, log on to our website latestly.com).