Kashish, who has learnt jiu-jitsu, said his journey in gang Neha was full of ups and downs. 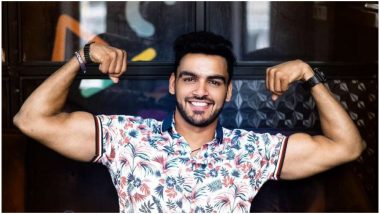 Haryana-born Kashish Thakur Pundir, the winner of the youth-based reality show "MTV Roadies Xtreme", says he is enthusiastic about acting. Kashish was declared the winner of the show during its grand finale, which aired on MTV on Sunday.

Talking about winning the show, Kashish told IANS: "I have no words to explain my feelings. 'Roadies Xtreme' was and will remain my most cherished experience. The fact that I was on the journey was such a big achievement in itself and winning the coveted title was icing on the cake."

"I am really enthusiastic about acting. I want to give it a shot. Also, I do not want to leave my passion for fitness behind," he said.

Featuring Nikhil Chinnapa, Neha Dhupia, Prince Narula and Raftaar as gang leaders of the show hosted by Rannvijay Singha, the 15th season started its journey from Shillong and concluded at Ziro, Arunachal Pradesh.

Kashish was initially a part of gang Prince Narula but later Neha bought him in an auction task.

Kashish said he was "pretty disappointed" with the swap.

"I had completed half of the journey with Prince Narula and our bond had strengthened to such an extent that it could not be described in words. To be shuffled and sent to a rival gang was not something that I was expecting. It was extremely hard for me to win their trust but I am thankful to Neha ma'am for trusting me in the process," he said.

Kashish, who has learnt jiu-jitsu, said his journey in gang Neha was full of ups and downs.

"I had my moments of glory and I had an equal share of moments of despair. Ma'am is a very supportive gang leader and she has always let me take decisions for the gang," he said.

However, Kashish is happy that things worked out in his favour in the show.

"And I emerged as the title holder this year," he added.

(The above story first appeared on LatestLY on Aug 05, 2018 11:26 PM IST. For more news and updates on politics, world, sports, entertainment and lifestyle, log on to our website latestly.com).