Nach Baliye 9 Wildcard Updates: Only Two Out Of Four Jodis To Get Selected, Pooja Banerjee and Husband Sandeep Sejwal Get Injured! 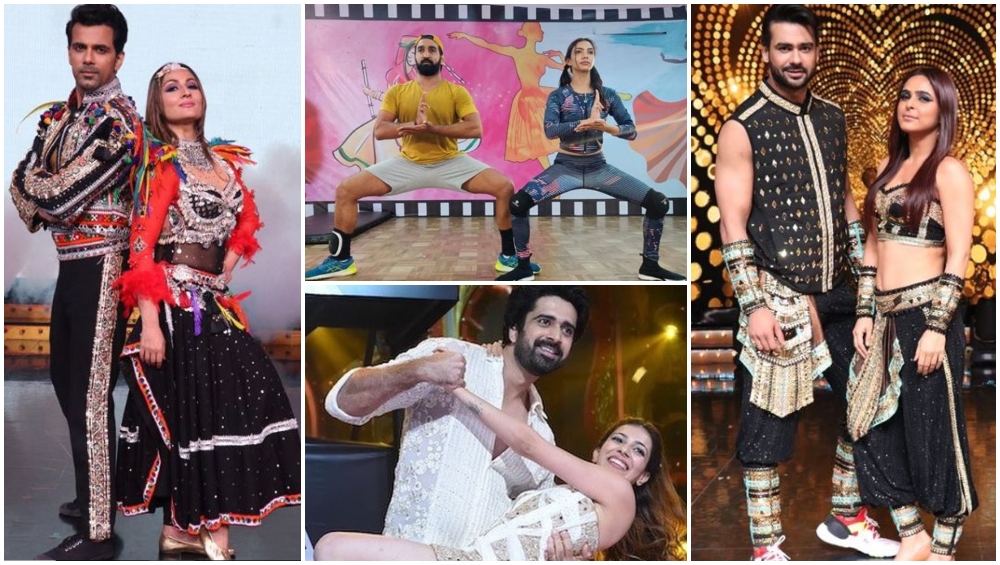 Nach Baliye 9 will this week see the entry of the show's wildcard entrants. And the chosen four jodis, who will fight it out to be in the competition are Vishal Aditya Singh and Madhurima Tuli, Urvashi Dholakia and Anuj Sachdeva, Avinash Sachdeva and Palak Purswani, Pooja Banerjee and Sandeep Sejwal. And we say fight it out is because that's what the theme is. While two old jodis from the show will compete against each other, so will the two new jodis who have been roped in. Nach Baliye 9: Urvashi Dholakia Questions Makers On Being Called Back as Wildcards, 'Why Call Us Back When We Don't Have Votes And Viewers?'

And looks like the wildcard episode will be full of masala. And here's why- firstly, it will see a confrontation between Raveena Tandon, Ahmed Khan and Urvashi Dholakia, who had made her displeasure very evident on being eliminated from the show and also accused the makers and judges of being biased. Also, after her elimination, when Madhurima had commented on Urvashi not taking her defeat in the right spirit, the latter's sons defended their mother on social media. This will be the first time that both Urvashi and Madhurima will be coming in front of one another.

The other two jodis - Avinash Sachdeva and Palak Purswani, Pooja Banerjee and Sandeep Sejwal will also be competing against each other to win a place on Nach Baliye 9. Recently it was reported how when Avinash Sachdeva was quizzed by the judges about his past relationship with actress Rubina Dilaik, he revealed that he and Rubina were insecure and did not give each other space in the relationship, leading to their split. Nach Baliye 9: Avinash Sachdev Reveals Insecurity was the Reason Behind his Breakup with Rubina Dilaik

If you are an avid Kasautii Zindagii Kay 2 viewer, you must have noticed Pooja Banerjee wearing sprain bandages. And all that is thanks to Nach Baliye 9. In fact, both Pooja and her husband Sandeep Sejwal, both are bruised and battered. Pooja also told TOI, "It was injurious. I got bruised and how! You know my look in Kasautii. The camera person had a difficult time trying to find a proper angle to shoot my scenes. He was like, ‘Maa’m kaise chhupau kaha se chhupau?’ Even make-up couldn’t cover the bruise marks." Well, looks like this weekend will be the judgement weekend for all the above 4 jodis.