Can you recognize Prince? 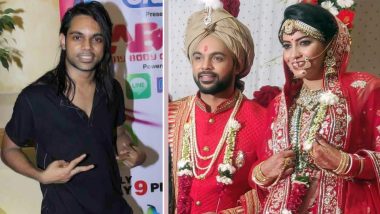 The wedding season is not seeing the end at all. The celebs have been flocking social media with wedding pictures of themselves. What we called a fairy tale moment first, has turned into a festival and 2019 continues the trend as well! The latest to join the shaadi bandwagon is Dance India Dance’s contestant named Prince R Gupta. Prince tied knot with his girlfriend Sonam Ladia on January 26, in Vadodra. Anushka Sharma Reveals That Perfect Ingredient Which Makes Her Marriage With Virat Kohli Beautiful.

The bride and the groom opted for a traditional red outfit for their D-day. The pictures were shared by their close friends and family members and the fans made them viral. On the other hand, for reception, they chose to colour-coordinate in black western outfits.

Prince rose to fame with his amazing dance skills shown in the reality show DID. Little did he know that he would be one of the most popular contestants when he took part in this competition. Now, he is well-settled in Vadodara where he has his own dance academy called ‘Prince Dance Company.’ He also has his own YouTube dance school, as well.

Prince went through dramatic transformation post his win. Many of the fans still find it difficult to digest the fact that it is the same guy who danced his way to their hearts during the early season of Dance India Dance. Well, we wish the dancer a successful career ahead and a super-happy married life with Sonam.

(The above story first appeared on LatestLY on Jan 31, 2019 12:05 AM IST. For more news and updates on politics, world, sports, entertainment and lifestyle, log on to our website latestly.com).