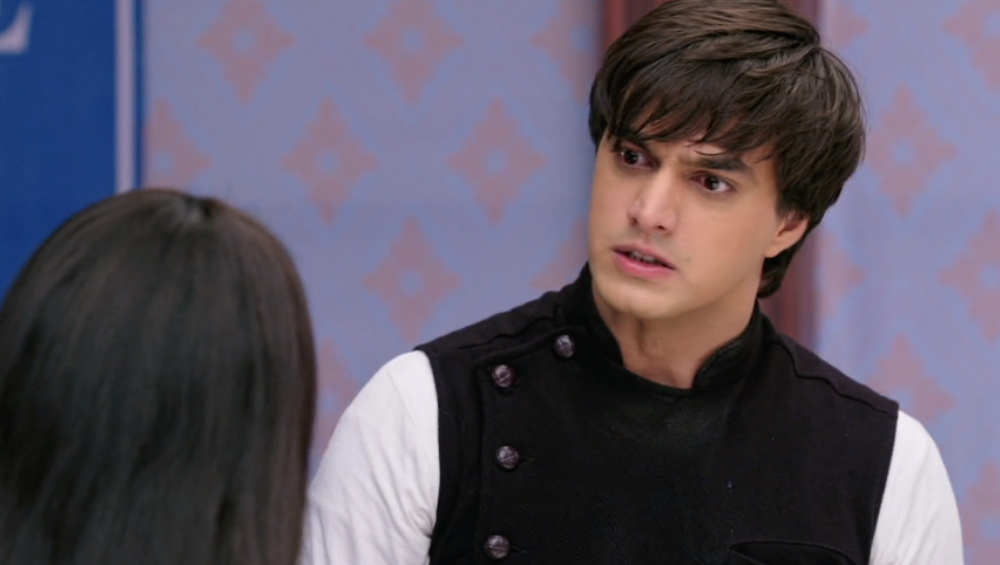 In yesterday’s episode of Yeh Rishta Kya Kehlata Hai, Naira daydreams that Vedika tries killing herself when she gets exposed. Naksh’s search for clues turns futile. Everyone is left surprised by Kartik’s rage. In tonight’s episode Manish and all ask Kartik why he was so tensed. Kartik (Mohsin Khan) tells he wanted to launch a product today but it got delayed so he was tensed. Kartik tells sorry to Vedika also for his behavior. Pankhuri Awasthy On Exiting Yeh Rishta Kya Kehlata Hai: My Track Slipped In The End And I Stopped Relating To My Character'.

Naira (Shivangi Joshi) calls everyone to do some rituals of the Sankranti festival. All pray and wish for the happiness of the family. Kartik apologizes to Kairav and Vansh also. Vedika sees Kartik and Kairav talking something and wonders what they are talking about. Kartik goes to use the washroom. Vedika comes and asks Kairav what they were talking about. Kairav tells Kartik told him not to tell anyone except Naira. Vedika gets disturbed. Yeh Rishta Kya Kehlata Hai January 14, 2020 Written Update Full Episode: Naira Gets a Nightmare about Vedika's Suicide, while Kartik's Angry Outburst Shocks Everyone.

A guy comes in the Singhania Mansion to take signature from Kartik and Vedika. Kartik tells he is starting a diamond collection named Vedika sparkles which will be labeled. Vedika gets happy and signs the paper. Kartik tells Vedika it is in return for the favour she did for them. The Goenka’s take leave and go.

Vedika packs her bag and tells the house help to keep in the car. Kartik comes and tells that they will not be able to go today as he has some urgent work. Kartik tells Vedika they will leave tomorrow. Vansh tells all to sit and listen about an essay he wrote about Vedika. Vansh reads out what he wrote about Vedika’s sacrifices. All praise Vedika for the favour she did for their family.

Vedika prepares food for all serves them. Kartik tells her to take rest and not stress herself. Vedika gets confused as to why all of a sudden Kartik is so overprotected for her. Vedika asks Kartik for his behavior. Kartik tells Vedika that she should take care of her as she has only one kidney.

Vedika calls Pallavi and tells about the weird behavior of Kartik. Vedika tells Pallavi she thinks Kartik knows the truth. Pallavi tells her no one will come to know about their secret and tells her to relax. At night, Kartik takes his suitcase and a file in his hand and leaves the house. Vedika sees him going out and follows him. Vedika comes out of the house and sees Kartik in Naira’s arms and gets disturbed. Kartik and Naira put their suitcase in the car and as they leave, Vedika comes in front of the car and asks them what is going on? Vedika questions Kartik that he had promised her that he will never meet Naira then what is going on. Suhasini and all come out hearing the chaos. Kartik tells he is leaving the house taking Naira and Kairav with him. Kartik tells he cannot leave without Naira and Kairav and he has decided to leave the country.

Naira tells sorry to Suhasini as they did not have any other option. Kartik tells them they tried but they could not leave without each other. Naira tells Kartik does not love Vedika and is forcefully leaving with her. Vedika gets enraged and tells it was Kartik’s decision to stay with her and she did not force him. Vedika tells how can they be so selfish as she donated her one kidney to Naira. Kartik gets furious and tells Vedika to stop acting as he knows the truth.

In the precap, Naira and Kartik’s wedding preparations are going on.