In 2020, the world suicide prevention day plays a significant role given that the pandemic has further pushed everyone in a downward spiral with reduced social contact. 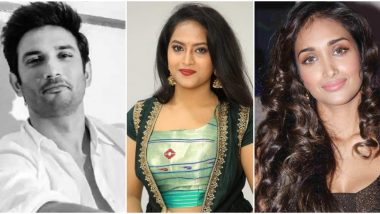 World Suicide Prevention Day is an awareness day observed on September 10 every year, in order to provide worldwide commitment and action to prevent suicides. It's disheartening how many lives are lost as people fail to find the right kind of support from those around, leading them to take such a drastic step. According to the suicide data collection done by the WHO, close to 800,00 people die each year, due to suicide. Most of these deaths are results of psychological, social, cultural and other risk factors inducing trauma towards a person's mental health. In 2020, the world suicide prevention day plays a significant role given that the pandemic has further pushed everyone in a downward spiral with reduced social contact. World Suicide Prevention Day 2020: Facts, Myths and Figures About Suicide You Should Know!

Suicide is an unfortunate step taken by people across all strata and professions when they lose all hope and feel an immense disconnect from the world. Even celebrities undergo such pressure and we have seen far too many talented, young artists who died by suicide. While India is still finding it hard to digest, the death of actor Sushant Singh Rajput by suicide, we have lost several other young talents like Sushant to the evil of suicide. Remembering the gems that were gone too soon. National Suicide Prevention Week Date, History, Theme and Significance: Know More About the Day That Helps Destigmatise & Spread Awareness about Suicide.

Starring as the rebellious Prishista on the 90s hit teen show Hip Hip Hurray, Kuljeet Randhawa was one of the most promising actors in the industry at the time‼️😍 Being a Gladrags model, Kuljeet worked with nearly all the top designers and appeared in a host of commercials including some memorable ones like Whirlpool, Maggi and Reid and Taylor🤩 While establishing herself as a known face on the fashion front, she made her acting debut by replacing Shweta Salve on Hip Hip Hurray, Zee TV’s iconic teen series that made her a household name not only in India but across borders. She quickly followed up on the success of her debut project by bagging another lead role on UTV’s show C.A.T.S. The action series starred an all-female lead cast of Kuljeet alongside Malini Sharma of Raaz fame and her best friend Miss India Nafisa Joseph❤️ Playing Ash, on the Indian version of the Charlie’s Angels, the show became popular amongst the audience and Kuljeet was praised for her fierce acting. Even after the series ended, Kuljeet remained high in demand in both the acting and modelling industry‼️ She was also soon cast as the main lead in another crime drama Special Squad that aired on Star One. The drama was the channel’s most watched show however she left the l citing professional differences‼️ While her career was reaching new heights, Kuljeet witnessed a huge personal loss when her best friend and former co-star Nafisa passed away from suicide in 2004. The tragic death is said to have left Kuljeet shattered and deeply depressed😢 In the following two years, she was cast as the lead in another TV show titled Kohinoor on SaharaOne, which again became an instant hit and the makers were planning a second season with her in the lead before her untimely death‼️ On 8 February, 2006, Kuljeet ended her life by suicide by hanging herself to death leaving a long detailed suicide note behind. The actor laid out instructions about her wealth while also maintaining that the decision to end her life was solely her own as she was unable to cope with life pressures however it is believed that the death of Nafisa was too much for her to take thus leading to her own death at the age of 30😢‼️

The observance of World Suicide Prevention Day seeks to highlight that we can work towards helping those going through a difficult time with the right kind of mental health guidance that is free of stigma. Seeking help in these troubled times can be extremely challenging but there are several NGO's only a call away 24x7. You can seek help from Aasra by calling on +91-9820466726.

(The above story first appeared on LatestLY on Sep 10, 2020 09:00 AM IST. For more news and updates on politics, world, sports, entertainment and lifestyle, log on to our website latestly.com).