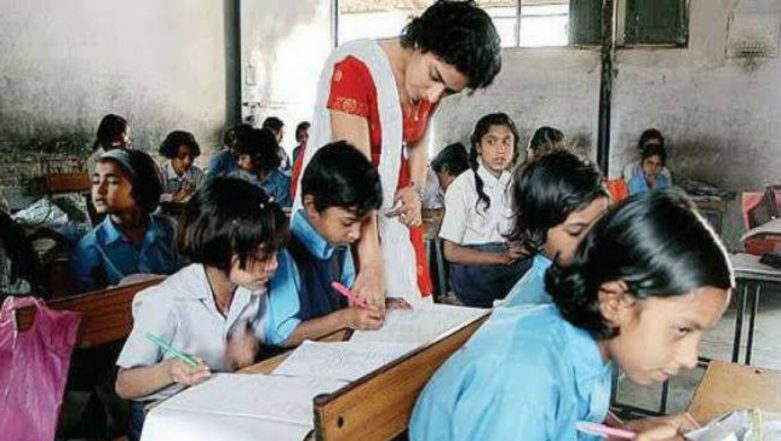 Patna, May 10: In what is believed to be a major setback for 3.5 lakh contractual teachers in Bihar, the Supreme Court on Friday refused to regularise their jobs to a permanent one. According to reports, the top Court has set aside Patna High Court's order which directed the regularisation of their jobs. The teachers hired on contract had demanded equal pay as that of regular teachers as the work done was equal by all of them. Bihar Rasoiya Strike: Mid-Day Meal Cooks Continue Protests For Wage Hike, School Attendance Hit.

The Patna High Court had ruled that the teachers, who were hired on consolidated pay, were entitled to salary on a par with the regular permanent teachers working in various government schools in Bihar. However, the contractual teachers raised their concerns saying that they should also be given the same salary and benefits as the regular teachers as they were doing the same work and had the same educational qualification.

Earlier, 11 petitions were heard on this matter in the Supreme Court. The battle is a 10 year-old tussle which had started in 2009 after the Bihar Secondary Teacher's Association filed a petition in Patna High Court demanding equal pay for employed teachers across the state.