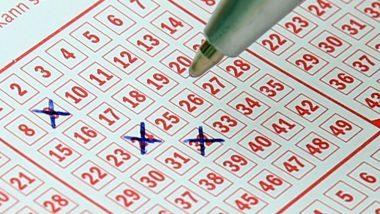 Guwahati, July 13: Lottery results for Assam lottery for Monday, July 13, will be announced online on the official website- assamlotteries.com. The Assam lottery is held three times daily. People can check the lottery results at 12 noon, 5 pm and 8 pm. Those who have purchased the Assam lottery tickets  for lotteries named Assam Future Sincere, Assam Singam Yellow, Assam Kuil Silver for Monday can b checked online on the official site. The price of the lottery ticket for the Assam Lottery is Rs 7.

(The above story first appeared on LatestLY on Jul 13, 2020 12:51 PM IST. For more news and updates on politics, world, sports, entertainment and lifestyle, log on to our website latestly.com).