There have been cases, where couples have faced harassment in Mumbai before as well. 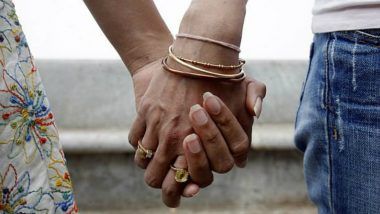 Mumbai, May 28: Standing in the 21st century and instances like this can only make our blood boil in anger. An Indian woman and her South American boyfriend, were both denied a room at a budget hotel in Andheri, Mumbai recently. According to a Times of India report, the couple was denied a room, after the hotel staff found out that they were unmarried. They were told that the hotel has a no-couples' policy. They had booked a deluxe room in FabHotel, Panchvati Residency, Andheri (West).

When the hassled couple, tried reaching out to the customer care service; initially they were promised help. However, they were later told that the couples' policy was explicitly mentioned on the webpage. Worst is, the couple was also not refunded the amount, that they have paid, months in advance while booking the room online. It was being treated as a cancelled booking case.

The couple pointed out that before coming to Mumbai, they have been to places like Delhi, Jaipur and Udaipur. But it was only in Mumbai, that they faced harassment of this kind. There have been cases, where couples have faced harassment in Mumbai before as well. Be it on the roads, or inside the hotel room, time and again, it has been proved that there are hardly any safe places for couples in Mumbai.

(The above story first appeared on LatestLY on May 28, 2018 09:39 AM IST. For more news and updates on politics, world, sports, entertainment and lifestyle, log on to our website latestly.com).