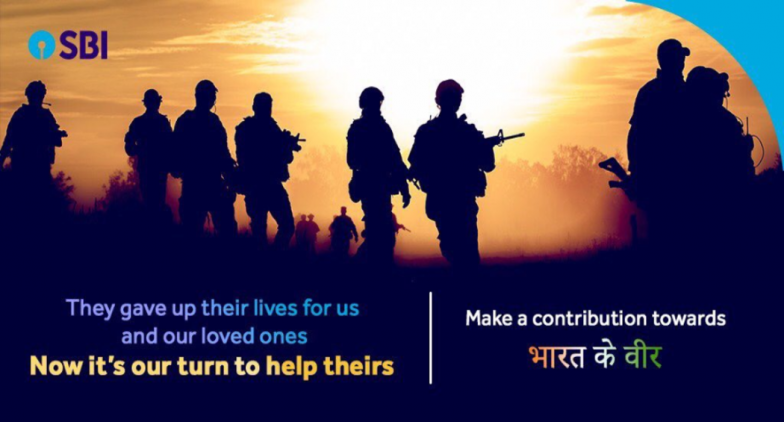 New Delhi, February 18: More than 80,000 persons have came forward since February 14 to contribute over Rs 20 crore to the ‘Bharat Ke Veer corpus for the CRPF personnel killed in the Pulwama terror attack, government said on Monday. A total of Rs 46 crore has been collected and disbursed under the initiative to the Central Reserve Police Force (CRPF) troopers who lost their lives in the terrorist attack, the government said.

At least 49 troopers were killed and many more injured when an explosive-laden vehicle was rammed into a CRPF convoy in Pulwama on the Jammu-Srinagar highway on February 14. The ‘Bharat ke Veer' website and mobile application was launched by Home Minister Rajnath Singh in April 2017. Bollywood actor Akshay Kumar was also involved in the initiative. Akshay Kumar Urges People to Donate for CRPF Martyrs of Pulwama Attack via bharatkeveer.gov.in Official Website; Warns of Fake Sites and Apps.

Technically supported by National Informatics Centre (NIC) and powered by State Bank of India, the website and app allow anyone to financially support the brave hearts of their choice or donate to a general corpus. A person can donate a maximum of Rs 15 lakh to an individual trooper or the next of kin. If the amount exceeds Rs 15 lakh, the rest of the money is diverted towards the account of another trooper or the Bharat Ke Veer corpus.

The corpus is managed by a committee of eminent persons of repute and senior government officials who decide to disburse the fund equitably to the families of Central Armed Police Forces (CAPF) personnel on need basis.