Rahn da Don: He’s the Man With the Plan

With the rapid digitalization of businesses around the globe, there are multiple opportunities for entrepreneurship in the business consultation field. Having a single business is not enough. One should have multiple sources of income to create generational wealth. 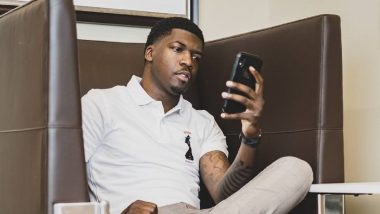 With the rapid digitalization of businesses around the globe, there are multiple opportunities for entrepreneurship in the business consultation field. Having a single business is not enough. One should have multiple sources of income to create generational wealth. Karahn Alston, aka Rahn Da Don, is a Baltimore-based self-made entrepreneur. Hailing from a city like Baltimore, Rahn knew that he had to do something different to secure his future. From a very young he had that big vision but did not have any support. Being a self-made entrepreneur is not easy one needs to focus on cutting-edge skills and the ability to influence the world.

Rahn had to take up a job at a very young age and support his family. Looking at his family, he concluded that doing a job would never enable him to live the life of his dreams. His turning point was in 2018 when Rahn decided to quit his job and pursue his dreams and intuition. From that day, it was no stopping, and indeed he has proved with the dynamic results he has produced over the years.

Currently, Rahn Da Don has multiple ventures and partnerships with prominent brands. But it wasn't a cakewalk for him. In 2018, when he left his job, he started with the best skill he had all his life that is to influence people. Rahn started with signing Baltimore rapper Pistol P and became his publicist and manager. Getting a good head start in public relations, Rahn was approached by many artists and influences from Baltimore. With his vast network of influences and artists, he collaborated with major brands and formed a long-term relationship. Realizing the opportunity in the digital marketing and branding field, he started giving consultations to multiple early-stage startups.

With his futuristic approach and disciplined habits in business, he was able to advise and handle multiple ventures at a time. Rahn Da Don has founded a PR and Marketing agency known as Don Enterprise. Getting a good response for his public relations and consultation projects, the agency expanded his business. The agency helps entrepreneurs and businesses to accelerate their growth with the help of holistic public relations and marketing strategies. Whether it is a company or a personal brand, building trust which attracts clients and collaborations is crucial. They help to get them the proper visibility and awareness. With his experience in public relations, Rahn helps his client such as artists, creative directors, photographers, videographers, entrepreneurs, and small businesses to overgrow on social platforms. Along with that, he the Chief of Marketing (The DMV Daily) and Chief Visionary Officer (Truth Alkaline)

Apart from monetary benefits and financial freedom, Rahn has also focused on giving back to his community. Hence he has partnered with Redesigning minds and is also their Director of Marketing. He has already helped hundreds of kids to get admission into college and shape their future. Rahn Da Don has the plan to create more opportunities for his community and help brands with the awareness they deserve.