The deceased has been identified as Varshita, who was studying in an engineering college at Manipal in Udupi. She was a resident of Mangaluru. 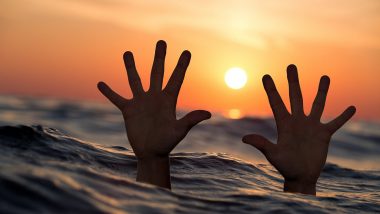 Karnataka, August 3: In a tragic incident, a 19-year-old engineering student was swept away in a waterfall at Karkala in Karnataka's Udupi district, the police said on Tuesday.

According to the police, the deceased has been identified as Varshita, who was studying in an engineering college at Manipal in Udupi. She was a resident of Mangaluru.

The police said the 'Nitte Arbi Falls', also known as 'Parapaddy Falls', is a tourist destination that attracts many visitors during the monsoon season.

"Though Varshita knew how to swim, she was swept away by the strong current in the waterfall, leading to her tragic death on Monday. She had gone along with her friends, and as she knew swimming, she took a plunge into the water but she could not withstand the speed of the strong current," the police said, quoting her friends.

The girl's body was recovered after a nearly five-hour long search operation carried out by the fire department officials and fishermen from the area.

Nitte Arbi Falls is located nearly 400 km from Bengaluru. Owing to its scenic beauty, roaring and unending flow of water, Arbi Falls has become a famous tourist destination in Karkala.

The police have registered a case and investigation is underway.

(The above story first appeared on LatestLY on Aug 03, 2021 05:12 PM IST. For more news and updates on politics, world, sports, entertainment and lifestyle, log on to our website latestly.com).