Adult Couple Has Right To Stay Together or in Live-In Relationship, Says Punjab and Haryana High Court

An adult couple has right to stay together or in a live-in relationship, said the Punjab and Haryana High Court on July 22. 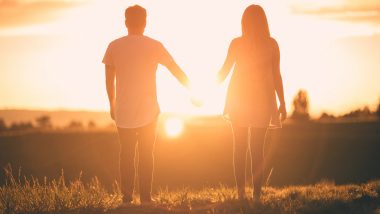 The girl, 18, is from Chandigarh. She is in a relationship with a 20-year-old man from Mohali. In their application seeking protection, the couple, through their counsel, informed the court that they both are adults and have right to live together as per their wish. "Our relationship is acceptable to the boy’s family but not that of the girl’s. We apprehend a danger to our life and liberty," their petition stated, as reported by TOI. Extramarital Affair Not Ground To Declare Woman Bad Mother or To Deny Her Child’s Custody, Says Punjab and Haryana High Court.

The couple's lawyer submitted before the court that the girl was assaulted by her maternal uncle and cousin on July 12 and she left her house on July14 and started living with the youth. The couple has been receiving threats and are hiding themselves at different locations, the court was told. They had approached Chandigarh SSP for protection but in vain.

After hearing the couple's plea, Justice Arun Kumar Tyagi passed an order stating: "Both the petitioners are major and are entitled to live together in a live-in-relationship. They are also entitled to protection of their life and liberty against any harm from respondents." The judge also directed the SSP to look into the grievances of the petitioners and take appropriate action.

(The above story first appeared on LatestLY on Jul 24, 2021 04:41 PM IST. For more news and updates on politics, world, sports, entertainment and lifestyle, log on to our website latestly.com).