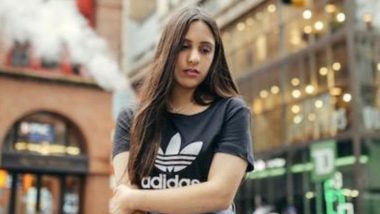 Life is a journey down a long road of bumps and turns-with a singular destination for all of us. On this trip, we often continue driving our vehicle along this pathway just to realise that at the arrival of our stop, we cannot seem to remember anything about our voyage. In the chaotic, over-wired world in which we reside, people are trapped under immense pressure and the desire to reach endless materialistic heights in a limited time.

This hectic environment combined with various peace-destructive factors have diminished our ability as human beings to be fully present in the given moment. The lack of awareness in our mind, body, and soul has binded us from having the ability to truly be awake and alive in every moment of our lives.

Instead of directing our minds to carry through with the actions which we want, we provide our minds with the power to control us. By giving the remote control of our journey to another entity, we as mortal souls, automatically condition ourselves to feelings of anxiety, fear, competitiveness, anger, and greed. Unfortunately, due to the absence of mindful awareness and meditation, we are unable to create a stable balance between that of spirituality and materialism.

Oftentimes, while amplifying our desires for particular goals and dreams we possess without understanding the ultimate truth of our existence, we inhibit the growth of the full potential we have as human beings as a whole. Then, the question arises that, how may we, as an entirety, unleash the maximum capabilities hidden in our form without letting the mind and body, which we are not, take over us? The answer to this phenomenon is mindfulness, which essentially dives all the way back to ancient teachings from thousands of years ago.

By implementing ancient wisdom into our modern minds, we will ultimately be able to understand the concept of mindfulness, a process of maintaining constant awareness of our emotions, thoughts, physical sensations, and surroundings, resulting in a lifestyle of eternal peace and blissfulness.

Ancient wisdom, despite the many speculations that it may receive from the outside, is in fact the most effective and reliable medicine for the modern-day world. In actuality, it is the modern worldview which is out of touch with the Universe.

The Great Thinkers of the Ages were well aware of the limitations and internal conflicts that we, as human beings, may face in the generations to follow. Hence, they left us with tools, resources, disciples, and materials to transform ourselves to abide with virtues of compassion and humanity and disassociate our lower self (the ego) with our higher self (consciousness or mindfulness).

Vedanta is considered to be one of the world’s most ancient spiritual philosophies as well as one of the broadest, based on the Vedas, the sacred scriptures of India. However, despite the teaching being the philosophical foundation of Hinduism, Vedanta is universal in its application and is equally relevant to all countries, cultures and religious backgrounds. Vedanta, derived from the teachings of Sri Ramakrishna Paramahamsa, believes in the oneness of existence, the divinity of the soul, and the harmony of all religions.

Dating back to the 18th Century, Ramakrishna promoted the emergence of love between all of humanity, regardless of caste, culture, religion, or belief system. He passed the very same ideologies to his primary disciple, Swami Vivekananda, who went on to expand the ancient teachings of Vedanta to young generations, in order to raise awareness and mindfulness among the youth. After witnessing the continuous struggles, more internal than external, Swami Viveknanda could sense that the youth of today would not find blissfulness by merely achieving the desires they possess.

After the accomplishment of one desire, another would arise within a matter of seconds, inducing anxiety, fear, and hopelessness rather than the wanted happiness.

With similar beliefs as Vivekananda, Swami Yogananda, author of Autobiography of a Yogi, too devoted his life to spreading the awareness of the ultimate truth of our existence. Swami Ramakrishna, Vivekanada, and Yogananda all, in their writings, scriptures, and teachings, incorporated mindfulness into their classes. In their analysis, mindfulness, was the knowing of awareness of the flow of life as it unfolds from one moment to the next - an awareness that goes beyond the ever-changing forms and rests quietly in the unchanging spirit of life itself. The masters realized that regardless of one’s religion or faith, this was only possible through direct communion with the higher self, a process which today we refer to as meditation. This ancient wisdom built the pathway to the awakening of humanity and the present-day implementation of mindfulness in the lives of human beings.